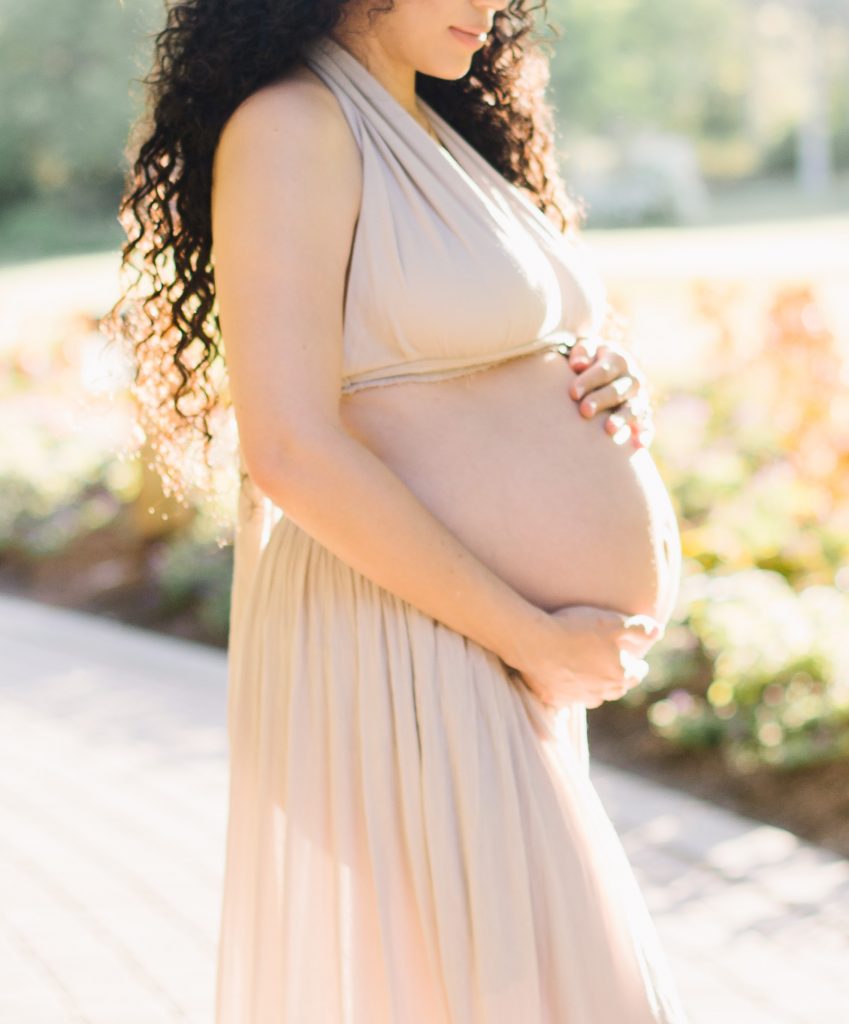 Yesterday marks exactly one year since the day the doctors told me they didn’t know if Jaylen would make it past 11 weeks. I left the hospital feeling hopeless, defeated, scared, and heartbroken. A year later and I felt it all over again. It was also the day my dad died.

It was MLK day so Steven was off for the day and was home with Cayden and I. I still had to work so I was at my laptop when I felt like I was sitting in a wet spot. I got up to find I was bleeding. I ran to the bathroom and from there the bleeding wouldn’t stop. I screamed for Steven to come. When he found me his face said it all. Steven never reacts to anything. I knew he was scared by the look on his face and I just started to cry hysterically.

I was shaking so bad that I couldn’t press the numbers to unlock my phone. I told him to call my doctor, but of course she was off due to the holiday. The on-call doctor told me that there was nothing we could do. Since I was only 10 weeks pregnant she said that it sounded like a miscarriage so we should be more concerned about me than the baby because we were going to lose him and there was nothing to stop it. The only thing she said to do was to monitor the bleeding and if it got heavy to go to the ER.

Steven wasn’t comfortable with that saying he could possibly lose his wife overnight if I bled too much so he rushed me to the hospital with our three year old. I remember trying to fight back tears because I didn’t want to freak out my little one and would look away when I couldn’t stop them from coming down. 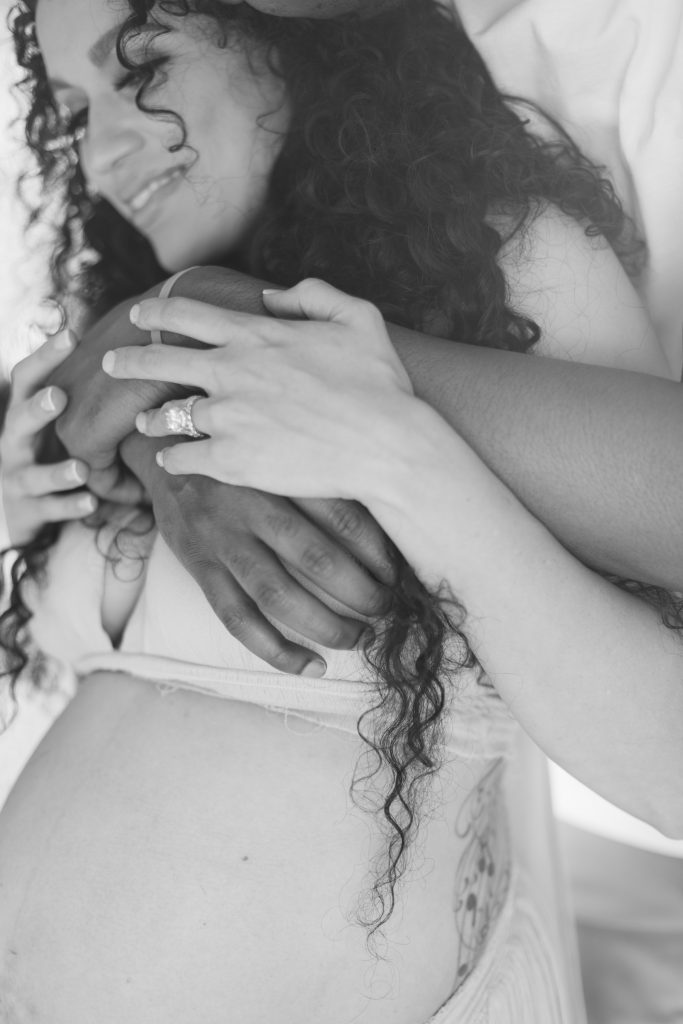 While I was at the ER they ran a few tests. They asked me to pee in the cup so they can test my urine for any abnormalities. When I came back with the cup, it was all blood and no urine. After that, they wheeled me into the ultrasound room so they can check for baby’s heart rate. I couldn’t bring myself to look at the screen and tears just began to run down my face as I tried to keep it together.

The technician was five months pregnant herself and she could see I was hurt. She turned to me and said, “I’m not supposed to say anything because it’s the doctor’s job but I can only imagine your fear and I want to let you know that I see a strong heartbeat and baby is moving”. She printed pictures for me and as she handed them to me all I could think of was, are these the last pictures I’ll have of my baby?

After what seemed hours of waiting for the doctor, he finally came in with news no parent wants to hear. He discovered a large pool of blood and diagnosed me with subchorionic hematoma. 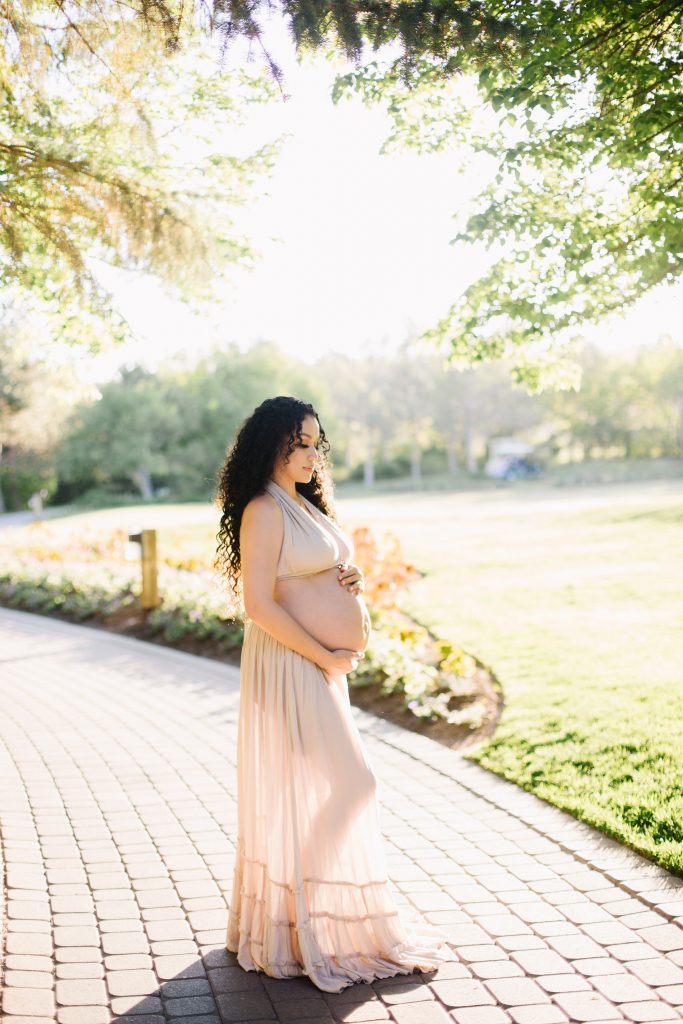 What is subchorionic hematoma? 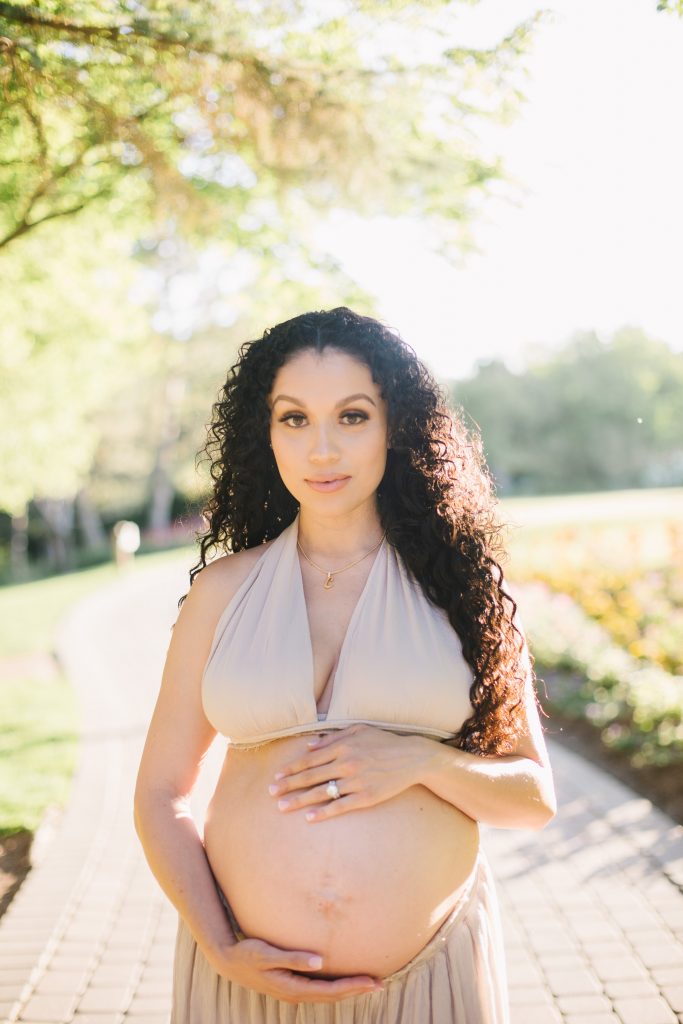 We left the hospital with no treatment since nothing could be done or prescribed. After that, we called our parents and told them what had happened. This was January of 2021 and vaccines weren’t out yet so Steven’s mom, being very cautious, was still not flying.

The moment I realized how much this lady loves me was when I said these five words to her: “I wish you were here”. Not even an hour later she had scheduled her flight to come be with me. The fact that she put her fear to the side, got on a plane in the middle of a pandemic to be with me will forever mean the entire world to me.

I needed both of our moms. If you grew up in a Christian home like I did then you know what a prayer warrior is. The two strongest prayer warriors I know are my mom and Steven’s mom. You will never meet two women more dedicated to God than those two. As a Christian, one of the most loving things a parent can do for you is to lay hands on you. As soon as Steven’s mom came to my room she laid hands on me and we prayed together the same way my mom and I had done. That’s why I needed her. 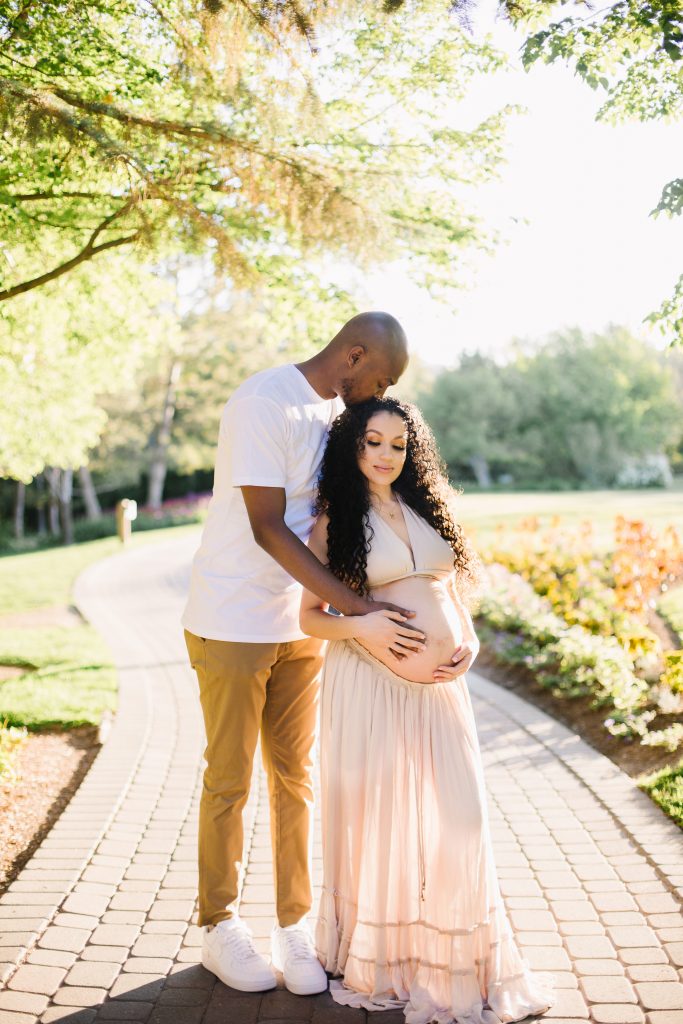 For months I was on bed rest and had to go to my doctor’s office once a week to get an ultrasound to check on the tear and the baby’s heart rate. My doctor wanted to catch anything abnormal so she could prepare me ahead of time. It wasn’t until I was about five months pregnant that the doctor came in with some good news. The tear had healed up and the baby was healthy and even bigger for his stage.

So for any mom-to-be who is experiencing a subchorionic hematoma right now, don’t give up! My tear was on a larger scale and less likely to heal. I’m here to tell you that you have a fighting chance. Surround yourself with a lot of love and support, stay in bed, and ask to see your doctor once a week to check on baby and help put your mind at ease.

I wanted to share my story because there were hardly any success stories every time I tried to look it up online. I wanted to give a scared mama out there some hope. Even with a loving and super supportive husband, I still felt alone so it’s normal to feel that way. Just know that you are not alone. My mother in law went through the same thing with both of her pregnancies and both of her babies made it and so did mine. That diagnosis is NOT the end. 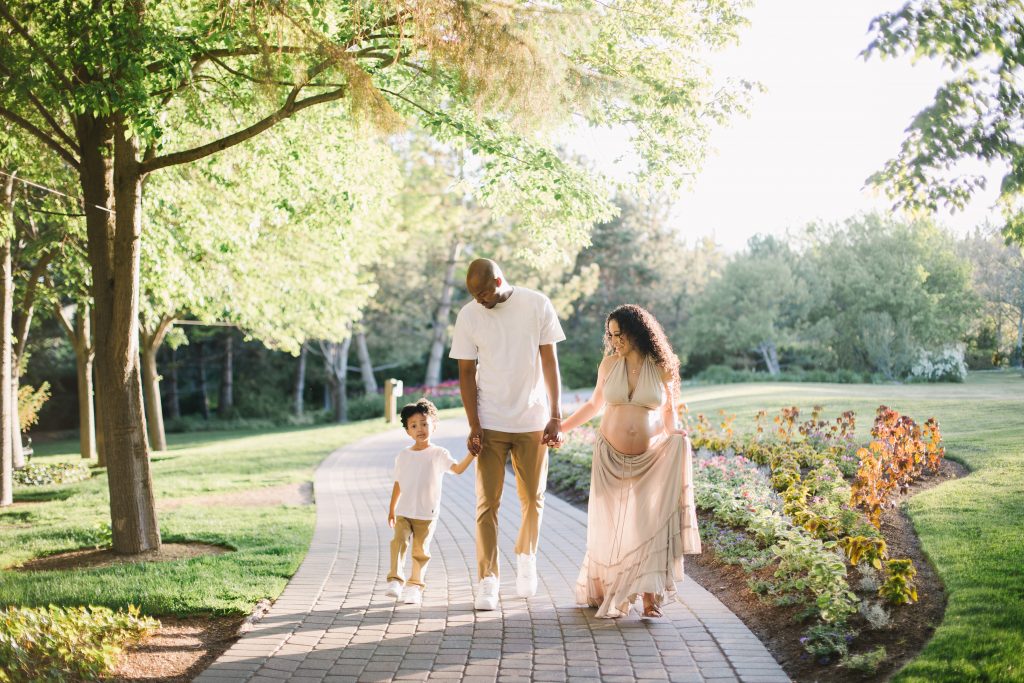 If you have any questions, any words of advice from women that experienced the same, or if you’d like me to share more information, let me know in the comments below.

Sending you all my love,

Previous Post: « How To: Working Out With a Toddler During Winter
Next Post: Superwoman Is Not a Syndrome »