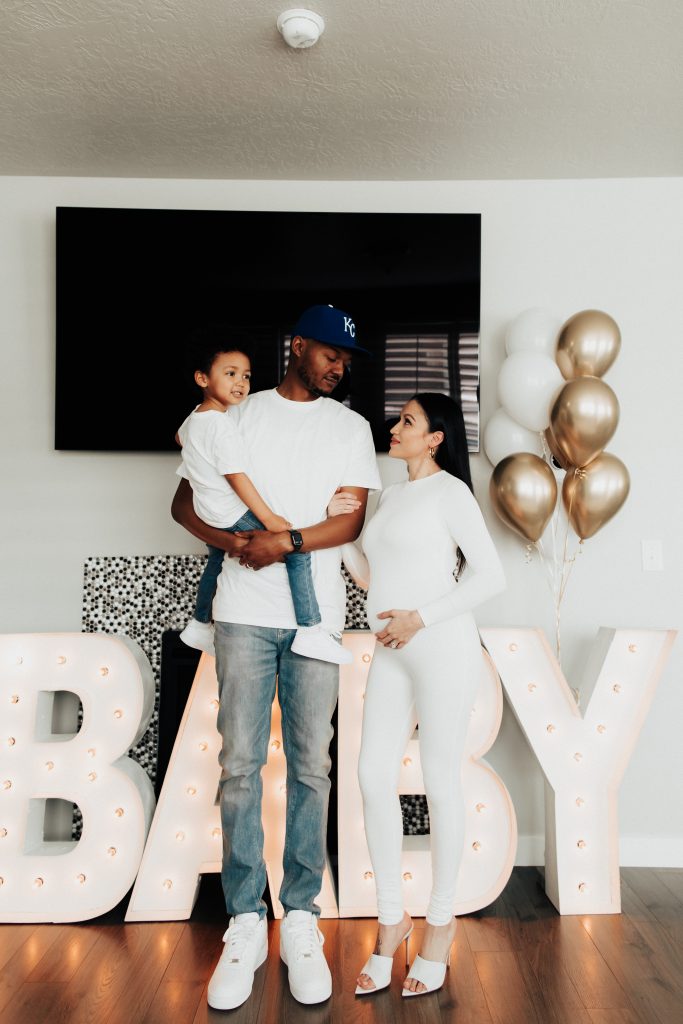 We held a private and intimate gender reveal on February 28, 2021. Covid vaccines weren’t as available as they are now, so we only wanted our parents there. Steven and I have been overly cautious about not being around people because of the virus. So far, it’s been working. Steven, Cayden, and I have not caught it. Having a family that works in science, I feel I have been more paranoid because of the studies they are running and finding long-term neurological effects it can have on people that have tested positive. 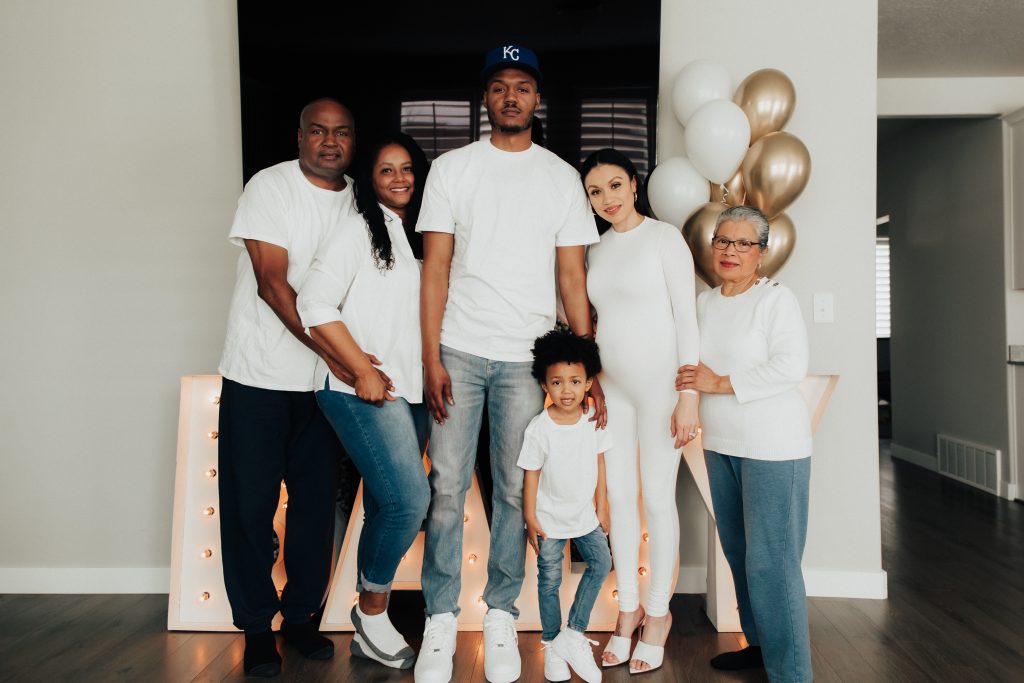 Another reason I did not want to have other people other than our parents was because I was told by doctors that there was a high chance I wouldn’t make it past 20 weeks. Because of that, we kept our pregnancy hidden. If by some miracle, we did make it all the way, I wanted to have a gender reveal for our second baby like we did with Cayden so they could also have their own moment to look back on. Even if it wasn’t as big. 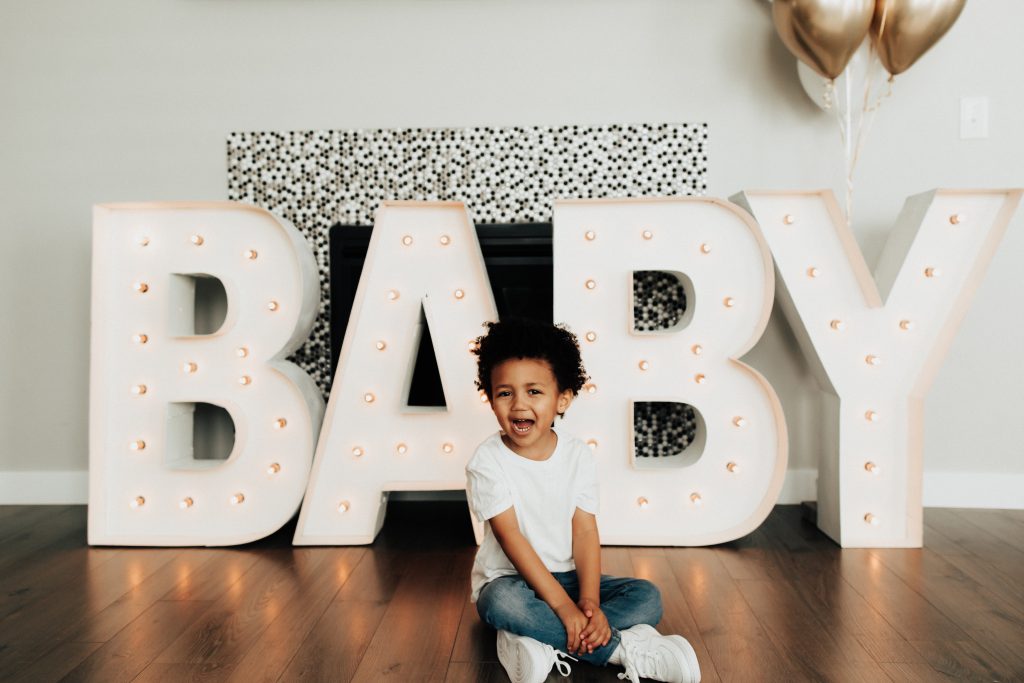 We decided to make our gender reveal a little different this time than we did with Cayden. With Cayden, none of us knew the gender. My friend went with me to an ultrasound where they told her what it was and she got the balloon ready to pop with the color of the gender. This time, I found out at 12 weeks through the results of a blood test. Because I already knew, I wanted the gender reveal to be for Cayden so he could find out if he was having a little brother or a little sister. We made it more about him and his grandparents since I also told Steven once I knew.

Surprise! Our little miracle baby is a boy! When I found out I was pregnant with Cayden, I was hoping he would be a boy and he was. This time, I was hoping for another boy and God is so good to me that he’s giving me another one. The tomboy in me just loves boys and I’ve always been a boy’s girl— I love how easy going they are. Plus, I love being the only girl in the house. I get treated a little extra special even when I’m rough around the edges. 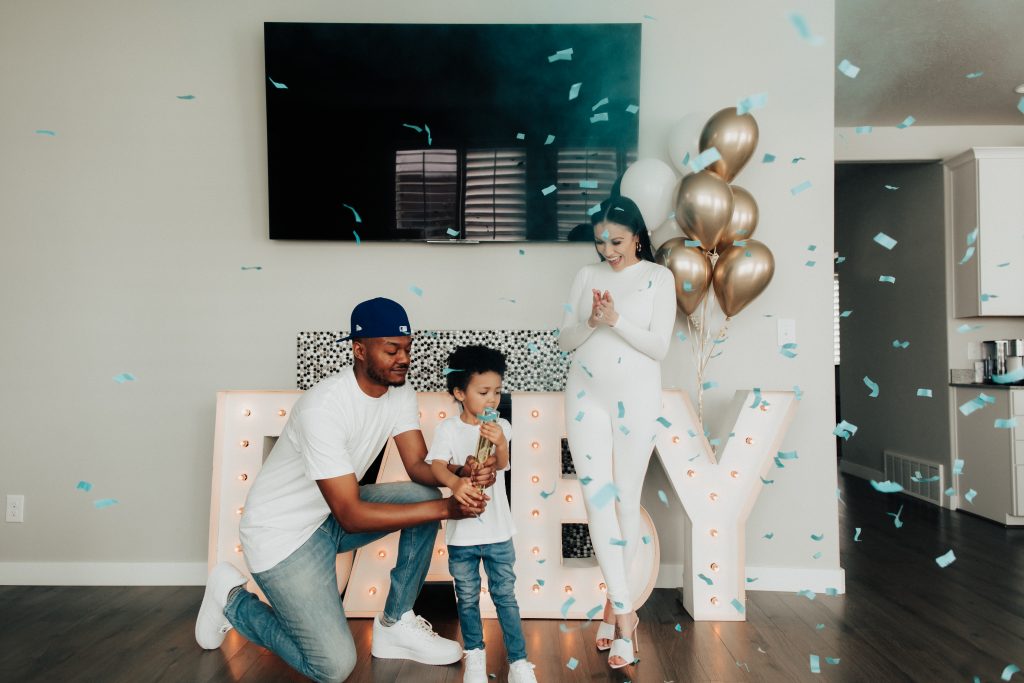 Both my mom and Steven’s mom knew we wanted a boy so they were hoping for a boy. Steven’s dad however, said we had too much testerone in the house and he thought it was a girl. What did big brother want? Cayden wanted a girl because he said, “She would be like another mommy”. Hearing that melted my heart. I know right now he’s a big time mama’s boy and is all about me but in a couple of years he’s going to be thankful it was a brother and not a sister. 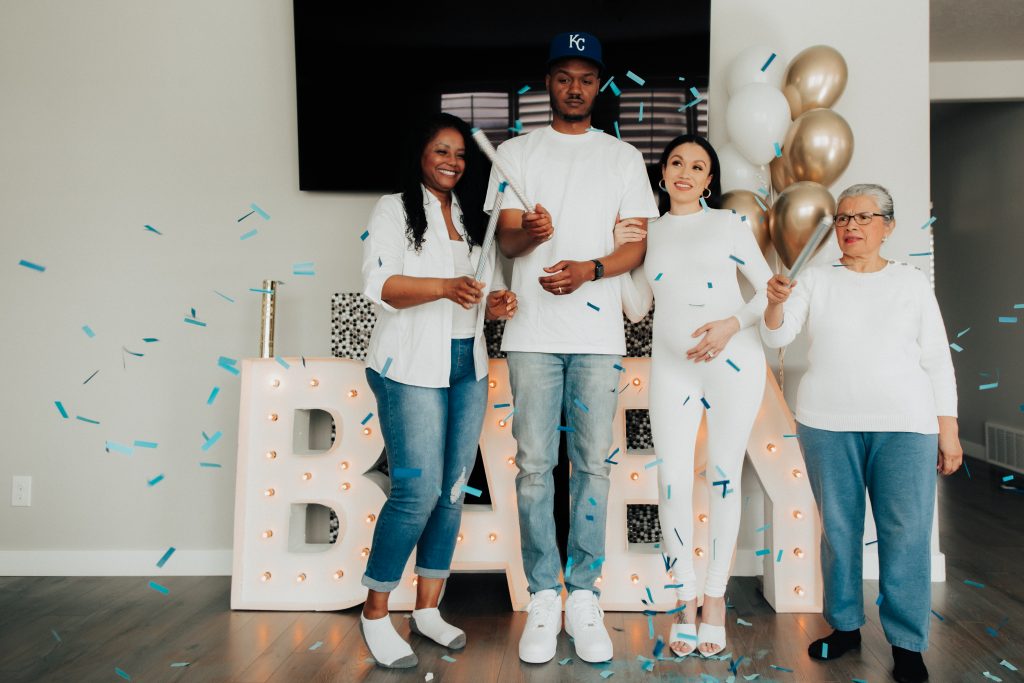 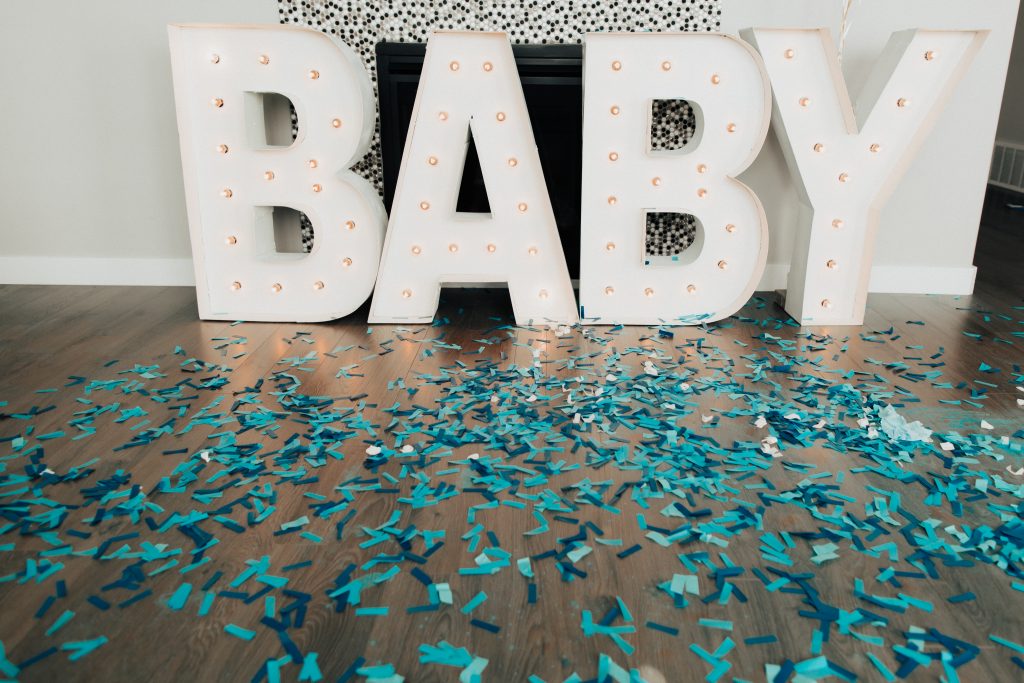 Steven’s mom gifted me a bracelet that has charms with a crown and a heart that had the words “Daughter” on one side. If you’re ever around when I call or if the boys are on Facetime with her, you can expect her to answer the phone with “Hey Daughter!” so I loved that she had that engraved. On the other side the words read, “Whenever you feel overwhelmed remember whose daughter you are and straighten your crown”. 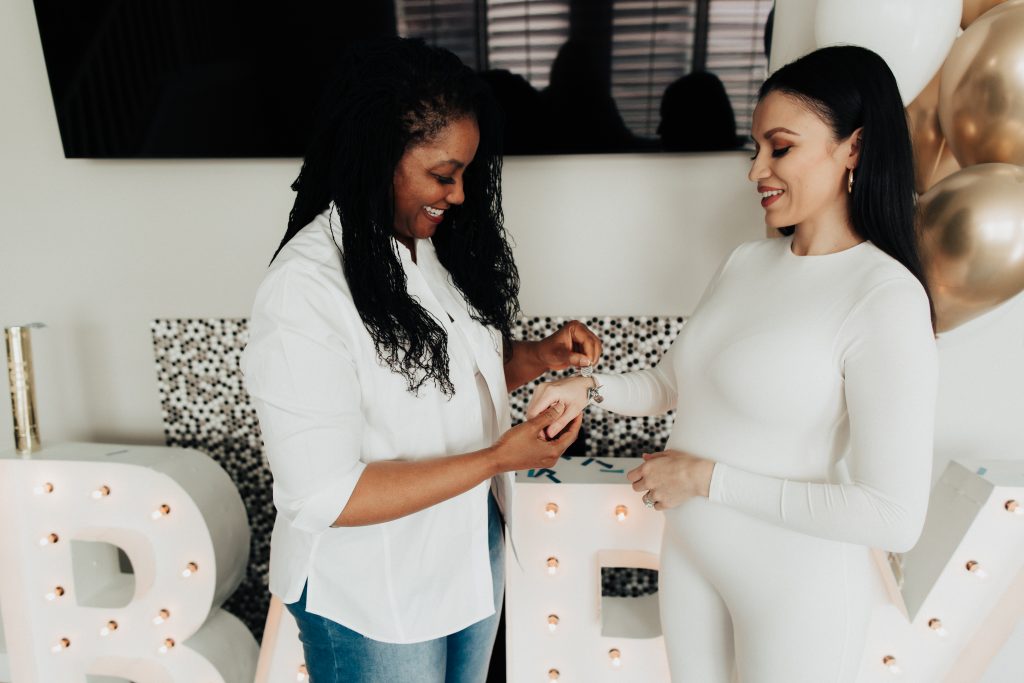 She’s gifted me with so much since I’ve been with her son but no gift means as much to me as this one. In a time when I felt so alone and defeated she was there for me as if I was her own. She put my health before hers by getting on a plane full of people in the middle of a pandemic to be with me. This little keepsake will always remind me of everything she did for me. 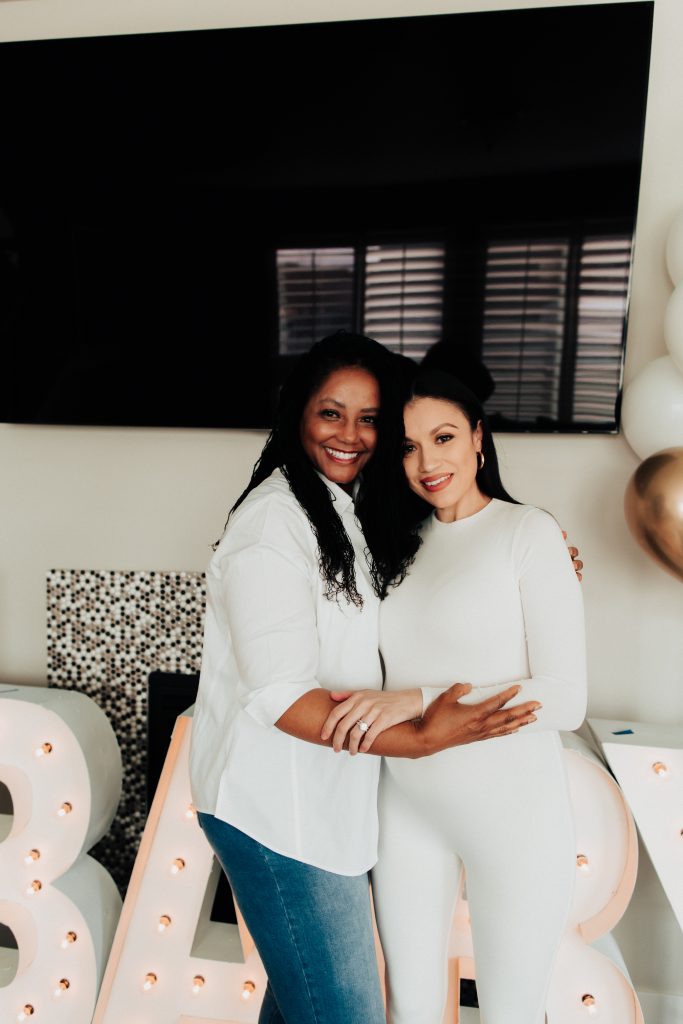 Although this experience has been extremely painful, it has made me so grateful for the family that I have. The amount of love and support that I have been surrounded with has been overwhelming. Five more weeks to go until we meet our little king! 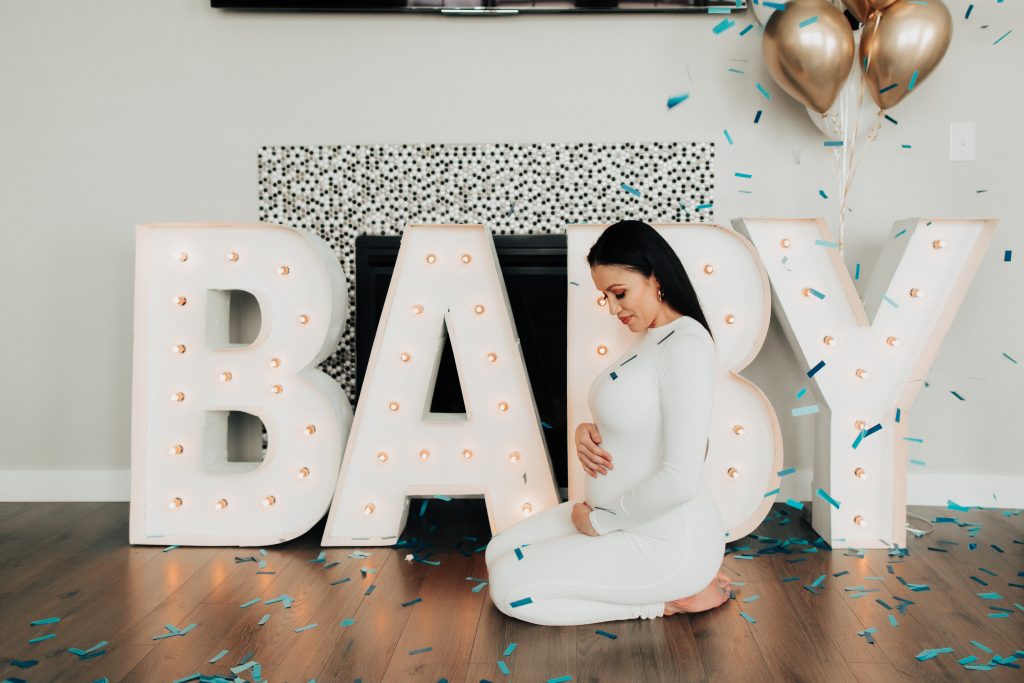