It’s become a tradition for us to celebrate our anniversaries in Kansas City. Ever since we’ve been official, we have spent December 30th in Steven’s home town. I’m more than fine with it since Utah is so small and I feel like I’ve been to every fancy restaurant it has to offer.

Enough background info, let’s get into my review of our evening and the food there.

Being Latina, it’s like a habit of mine to order a margarita wherever I go. I don’t know why I do this, I can’t explain it but I can’t ever seem to avoid it. Let me tell you, the bartender really impressed me. I don’t know if he added a bit more simple syrup or if it was the splash of Grand Marnier that he got right, but boy was this margarita smooth.

It seems like ever since I had Cayden, I can’t eat as much as I used to. I’m known to keep up with my brothers in eating an entire  pizza by myself and leaving my plate “clean as a whistle” at any and every restaurant. But for the past couple of years, I tend to get full so easily,  I always have to have Steven help me (having a husband that has an open palette is such a bonus) and the reason why he was open to sharing the lobster corn dogs with me. 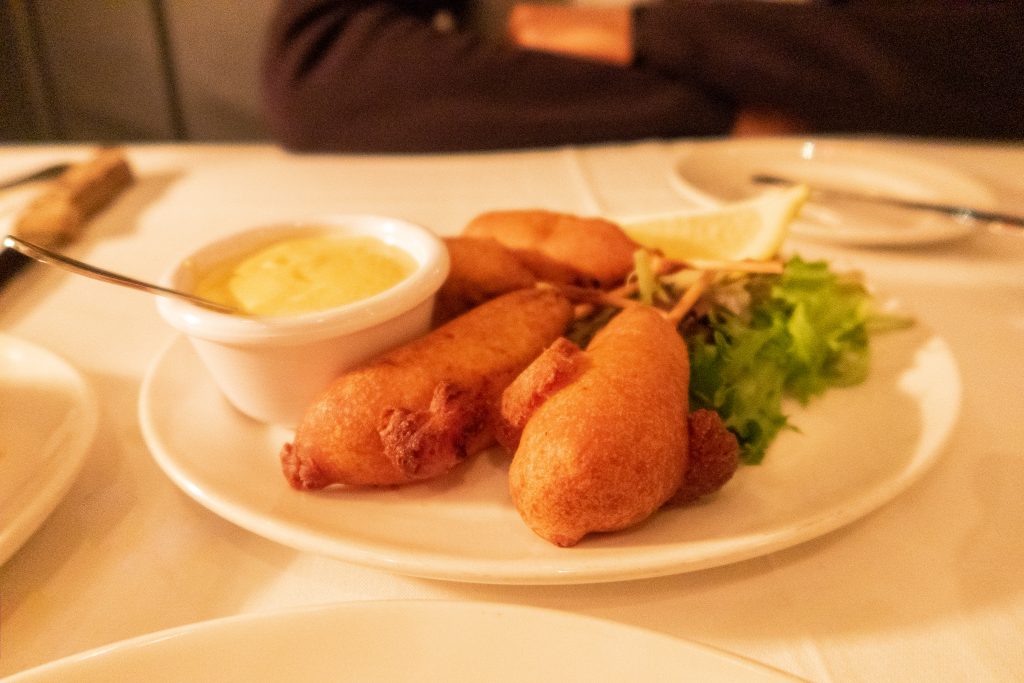 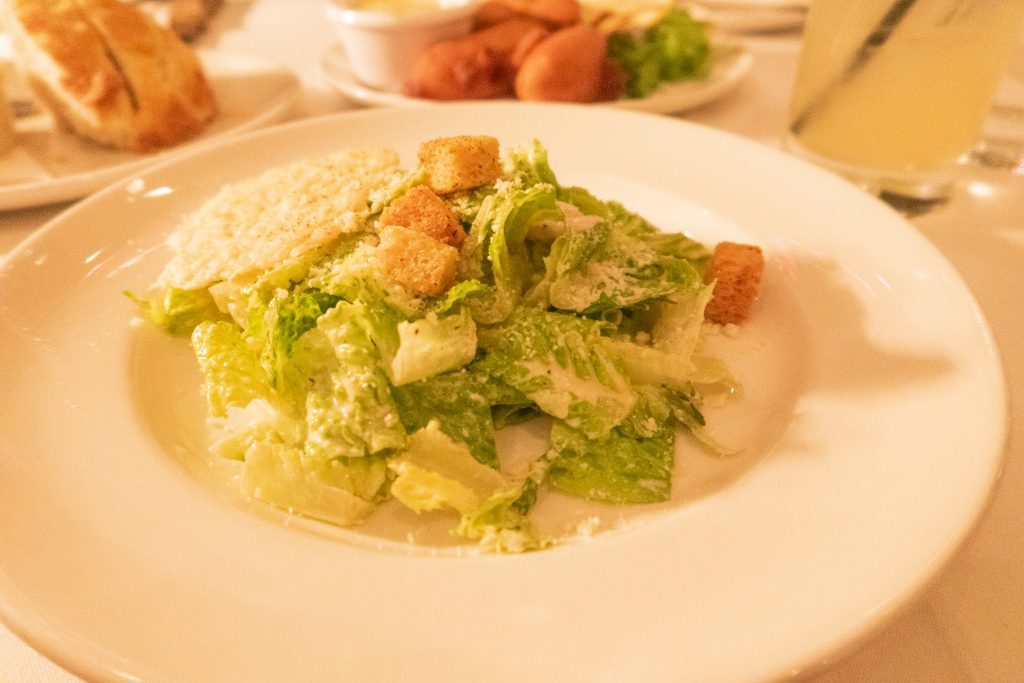 I could have easily had them for my main course and would have been satisfied. All I know is the next time we’re in Kansas City, I’ll be making my way back for those. And of course, no meal is complete without a caesar salad. Which was amazing and even had anchovies in it (if you didn’t know, anchovies are used to make caesar dressing).

For the main course, as the carnivore wife, I had the 6 oz filet mignon (medium well), mashed potatoes, and asparagus drizzled with this buttery garlic sauce they make. I knew it was so good when I looked down and surprisingly had left my plate squeaky clean. The portion was just right, it left me so full I could hardly move. 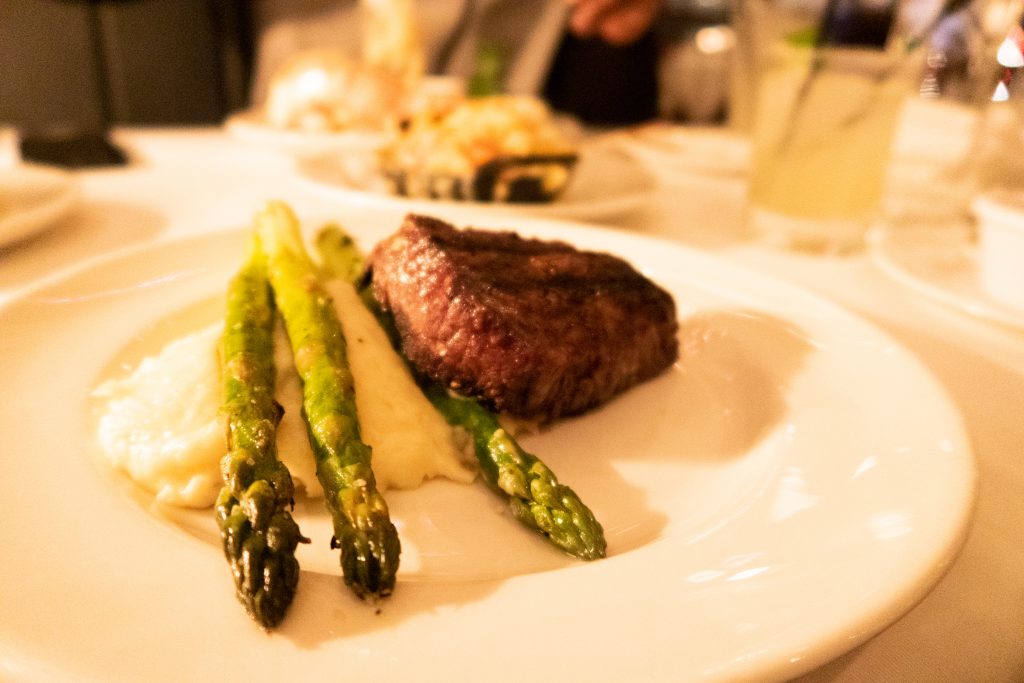 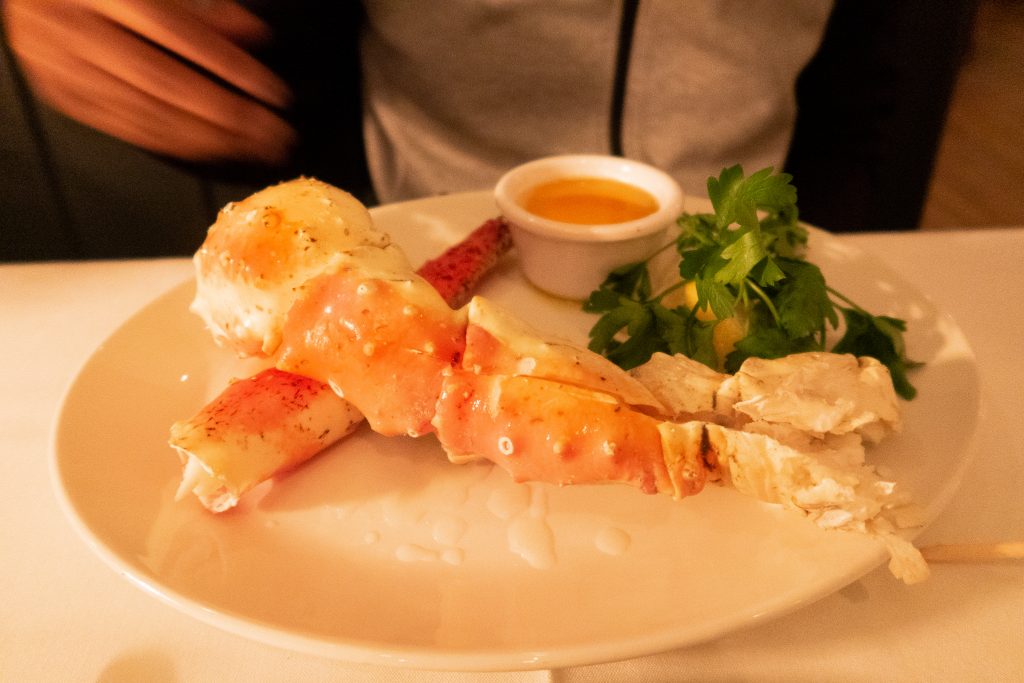 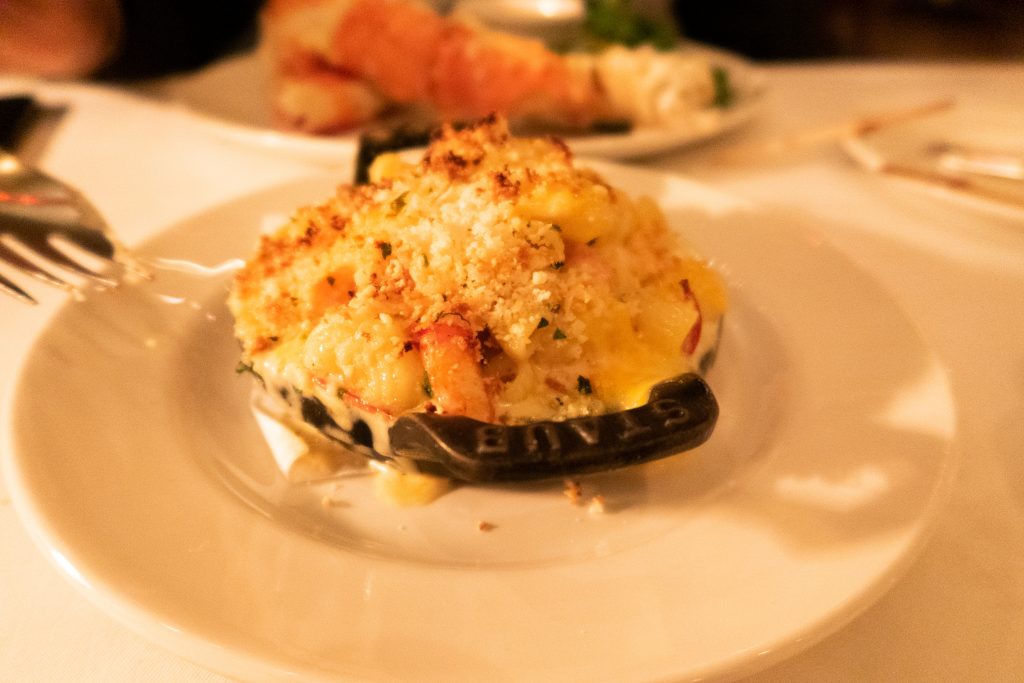 For dessert, I ordered my all-time favorite— creme brulee but I had them put it into a to-go box since we had to make our movie right away so I didn’t get to take a picture of it.

I swear the people in Kansas City are always so nice. As I was taking a picture by the bar, a man that was dining there stopped next to Steven to say mine was the best picture he’s seen all night. Steven acts like he gets a little jealous but I know he loves hearing stuff like that about me. It was actually the best timing for that comment, as it reminds him of one of the reasons he took me off the market… five years ago and for good.