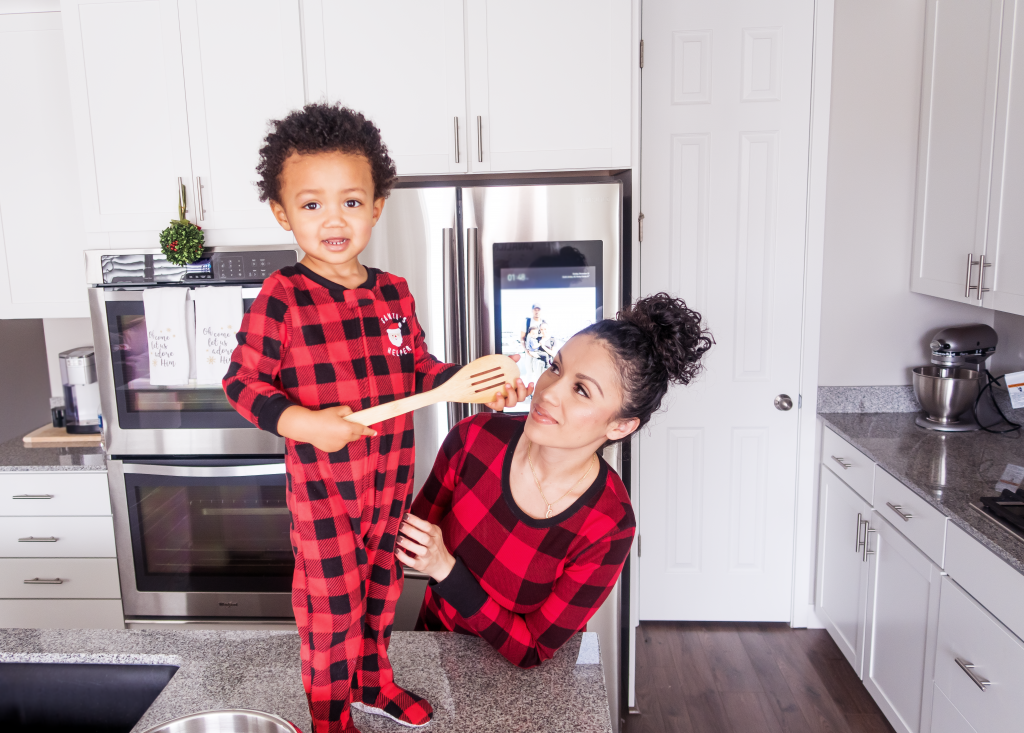 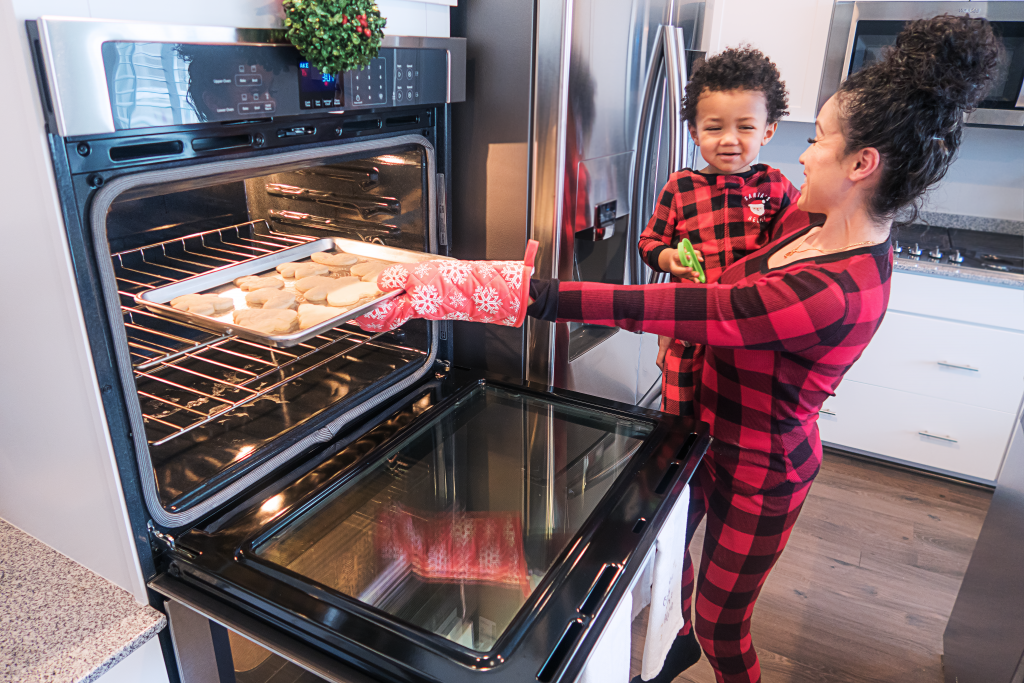 Growing up with my mom, we used to make cookies and eat them while watching Christmas movies with some hot chocolate. I remember my brother and I piling our hot chocolate with tons of whipped cream and marshmallows. As Cayden gets older, I’ll start doing little simple pleasures like that with him. In the meantime, since he’s still too young to enjoy a movie night, his dad and I will. 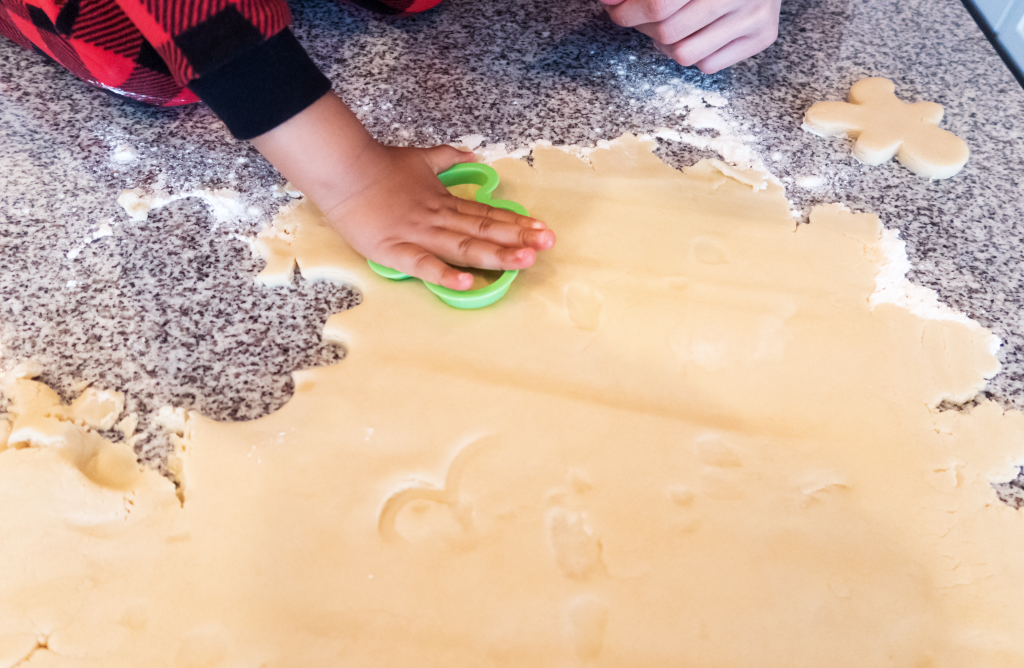 The cookies turned out pretty good— despite the fact that we had to make another batch because my two-year old decided to drop a whole egg with the shell on while the Kitchen Aid mixer was beating the batter. Thankfully, we weren’t too far into the recipe. 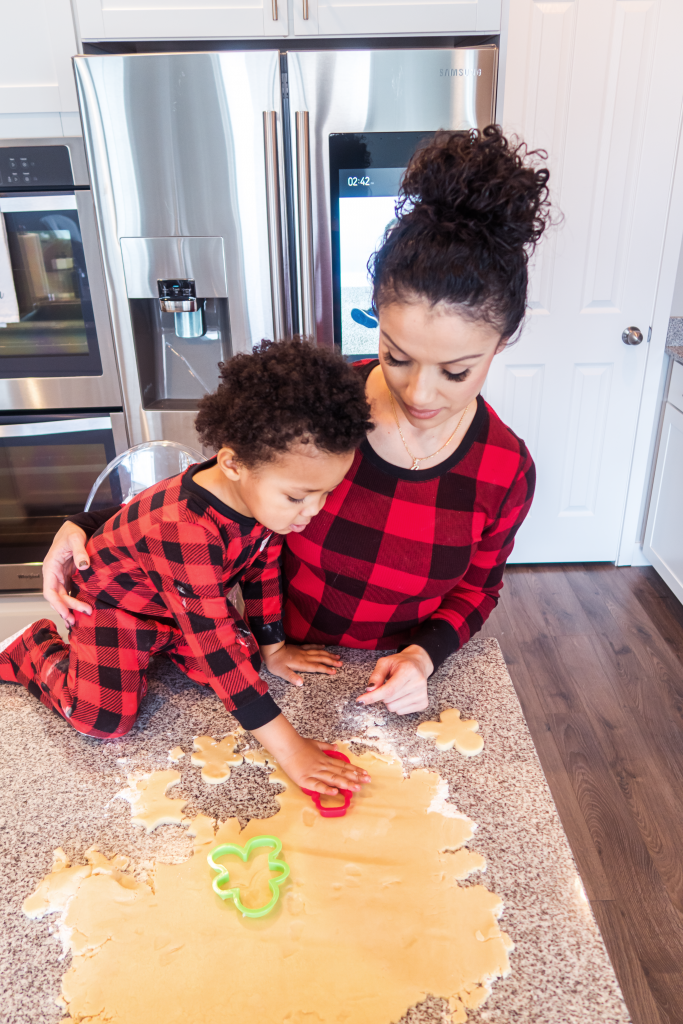 Cayden is also at an age where he loves to color and enjoys simple arts and crafts. It was no surprise that he liked the cookie cutters and the decorating part of our little project the most. As we used each cookie cutter, he was so amazed at how perfect the figurines came out. We had snowmen, Christmas trees, gingerbread men and women, stockings, and even a bell. 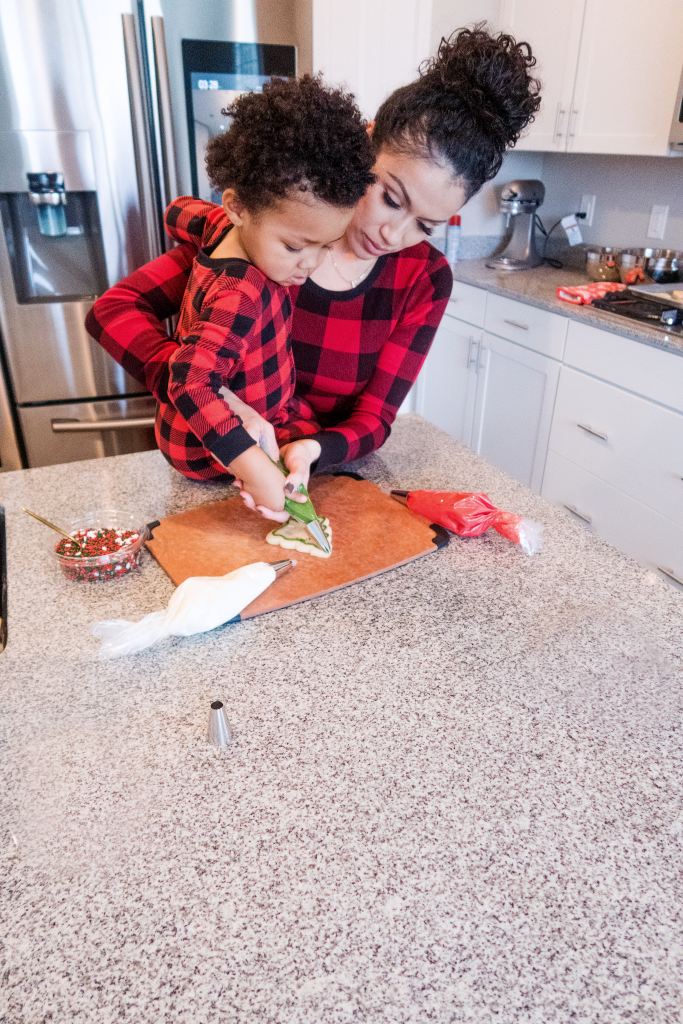 My boys love buttercream frosting so I was excited to see Harmon’s had made their buttercream frosting in different festive colors. I wish the tubs came in smaller sizes because we had tons left over, but I would still prefer it over the boxed frosting (it’s fresh made so it’s better that way). 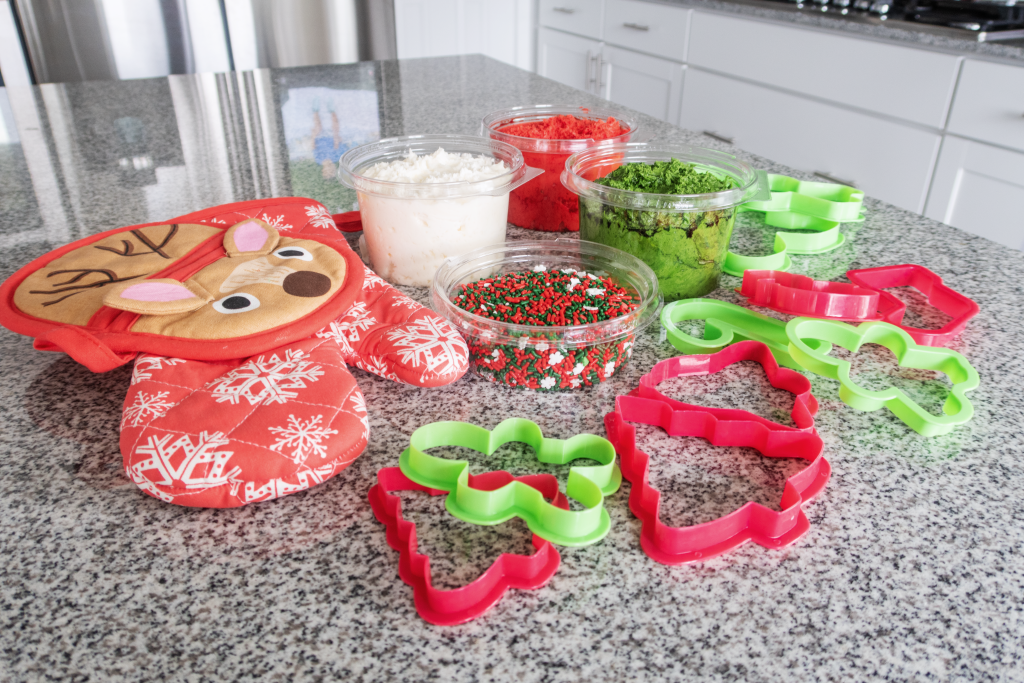 Surprisingly, Cayden made more mess with the flour while making the batter than he did with the frosting and sprinkles. If you know Cayden, you know he does not like to be messy, which we all know he gets from his mom. He won’t eat with his fingers because he doesn’t want dirty hands, so of course he didn’t want to get frosting on his fingers. 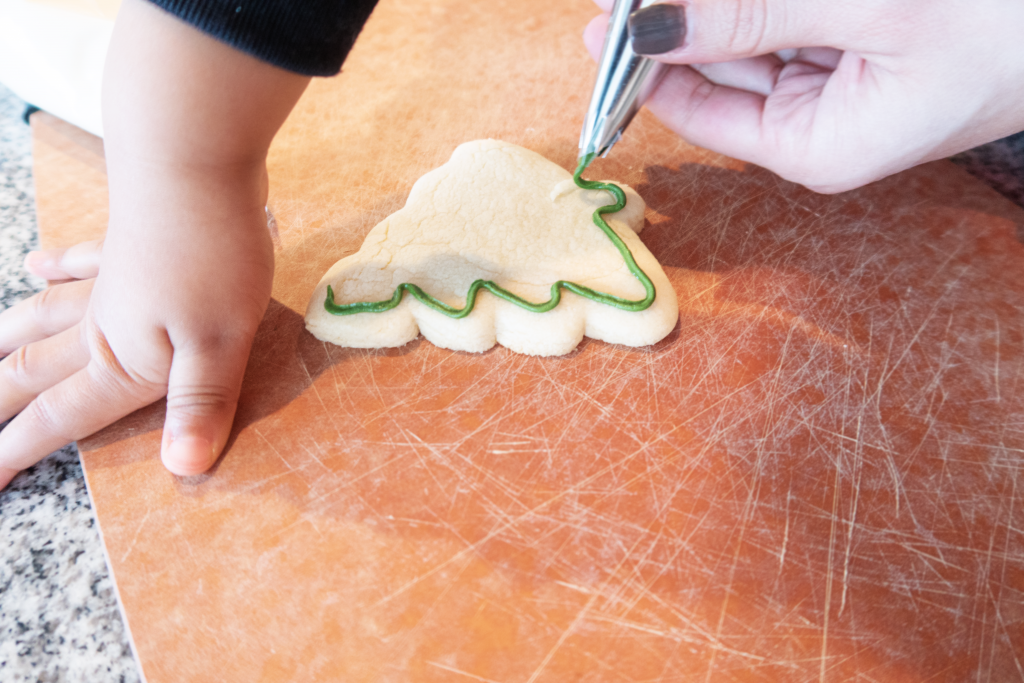 While I had to help him not get dirty with the frosting, he had no problem going crazy with the sprinkles. 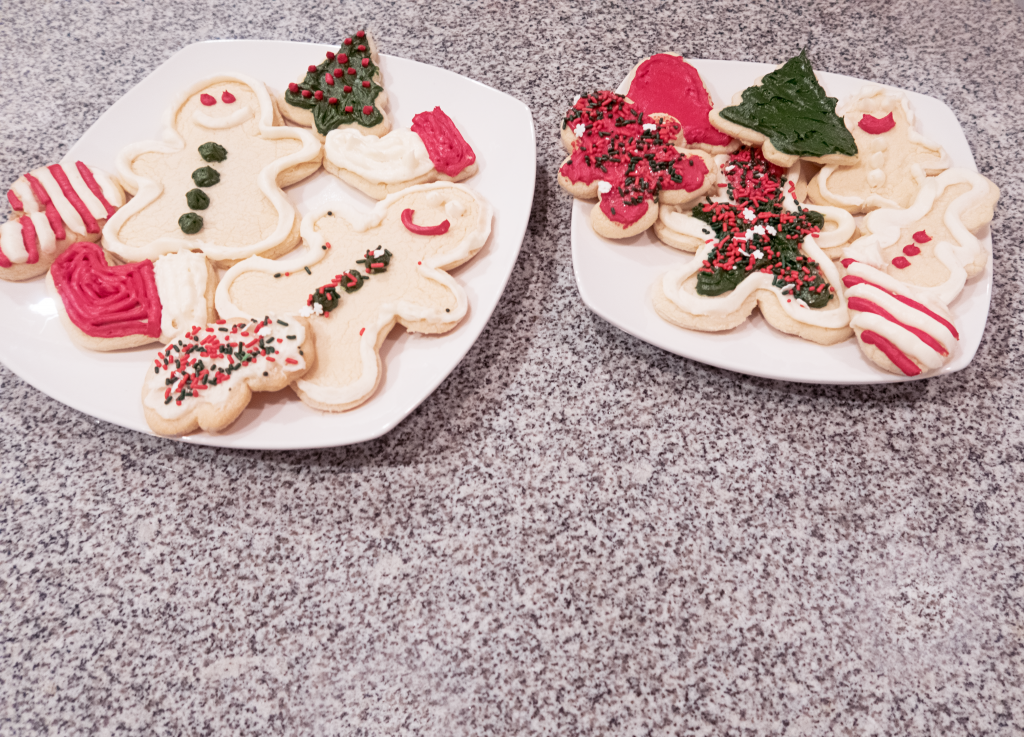 Christmas tradition number three is down in the books for the Burks family. This year it was just Cayden and I. I’m not sure if I want to keep it as just us or include dad in it next year. To be honest, some things I enjoy doing one-on-one with our son. It’s one of those “Just mom and me things”. I’m sure his dad will have  “Just dad and me” activities they’ll enjoy without me. 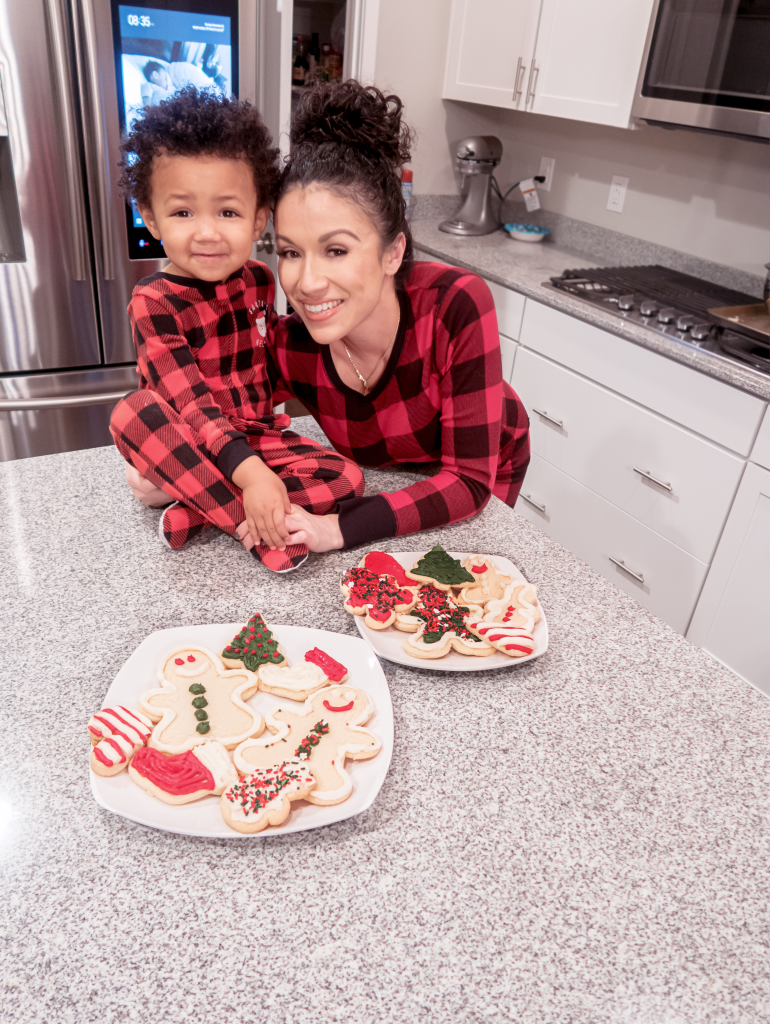 Not too shabby for Cayden’s first time making cookies right? And daddy was the taste tester so in a way we DID included daddy… Am I right?

Here’s a little recap of how we did, I hope you enjoy our first video together.

Happy Holidays from The Burks Squad! 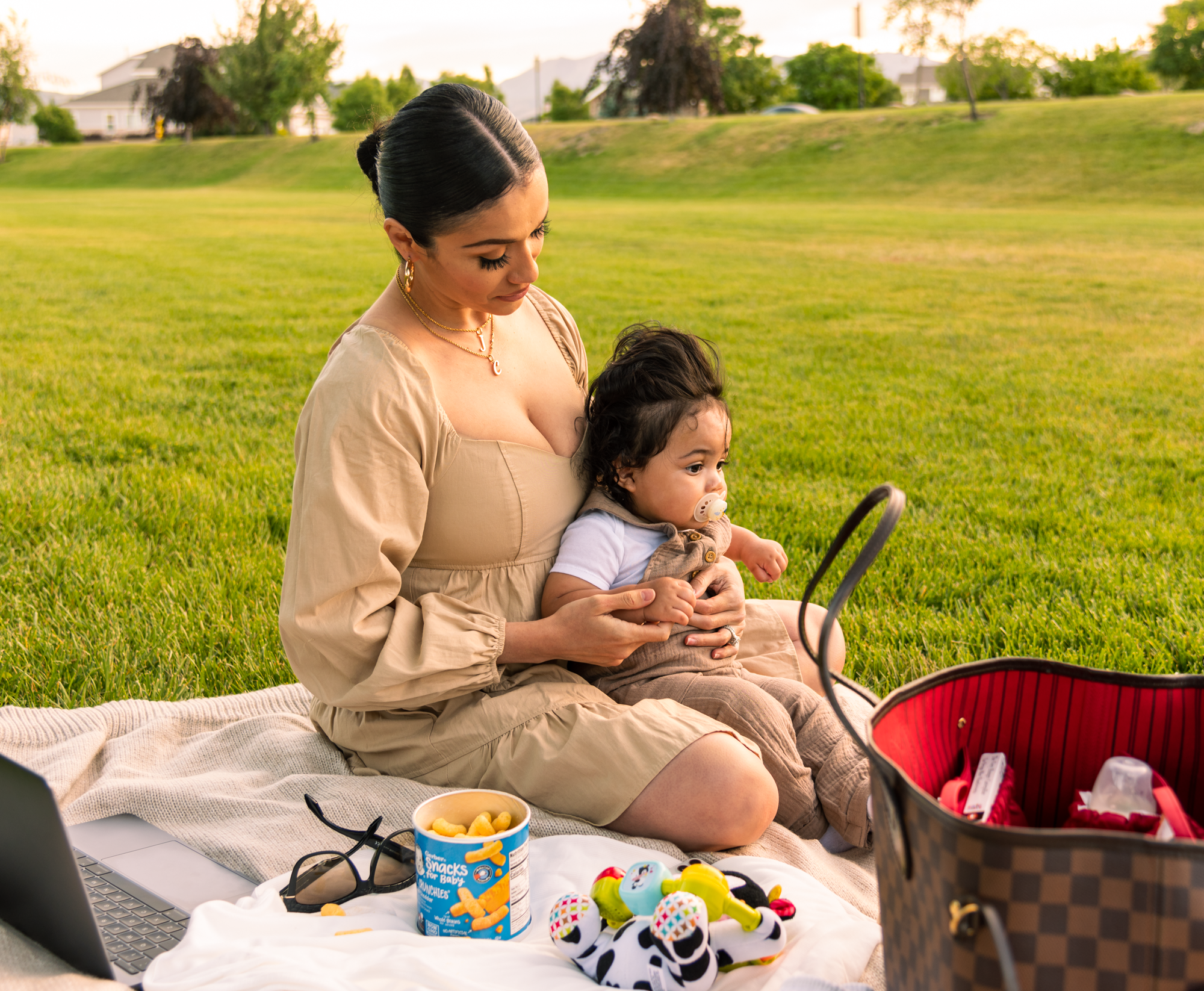 So what if it’s cringe? New blog post on lavidam