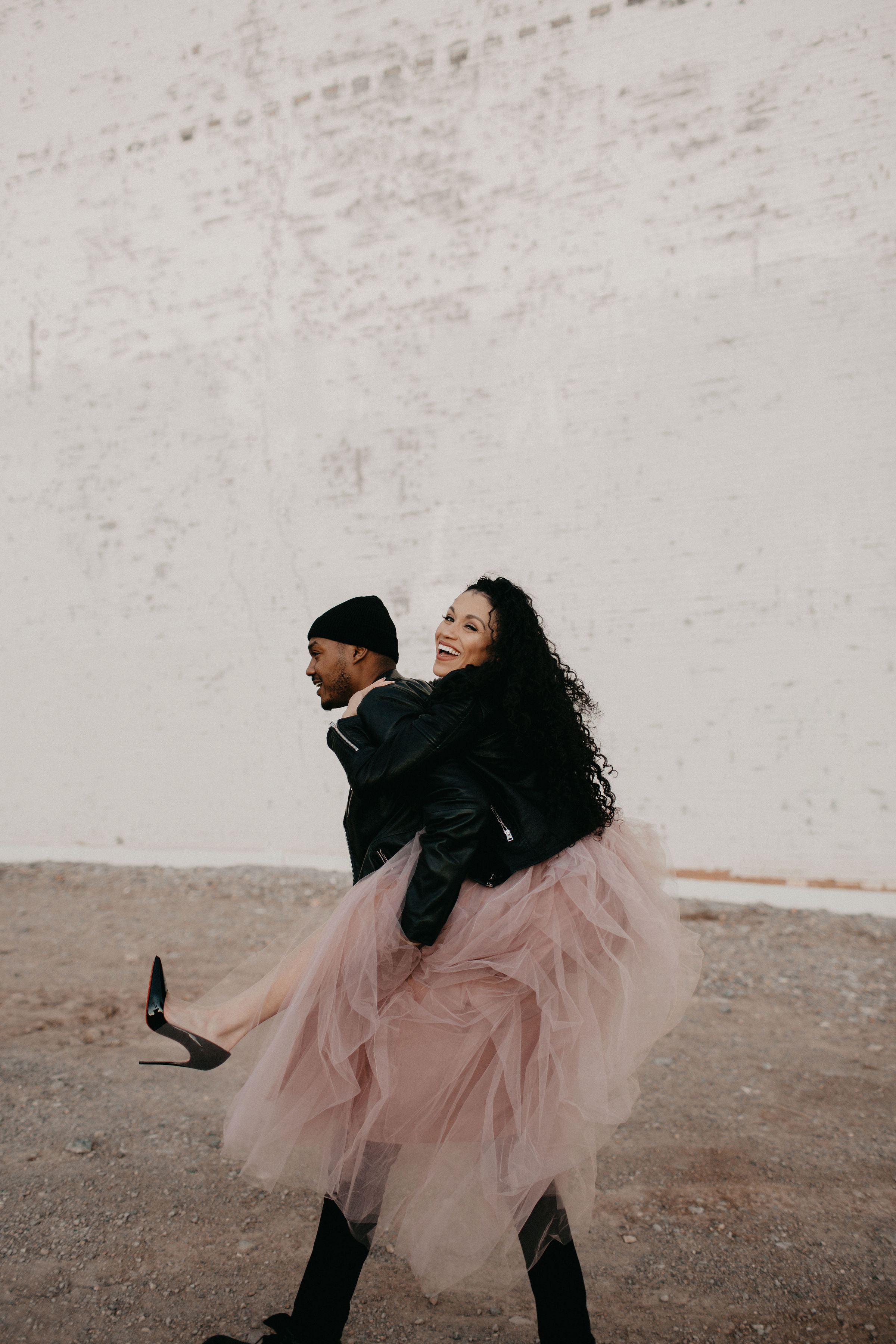 Now that it’s getting closer to our wedding date, the most common question asked of us is, how did we meet?

It’s not much of a story, but then again, I don’t need an extravagant story when I’ve got THE best engagement one and every important person in my life was there for it.

So how exactly did a guy from Kansas City meet a girl from Los Angeles in Utah? 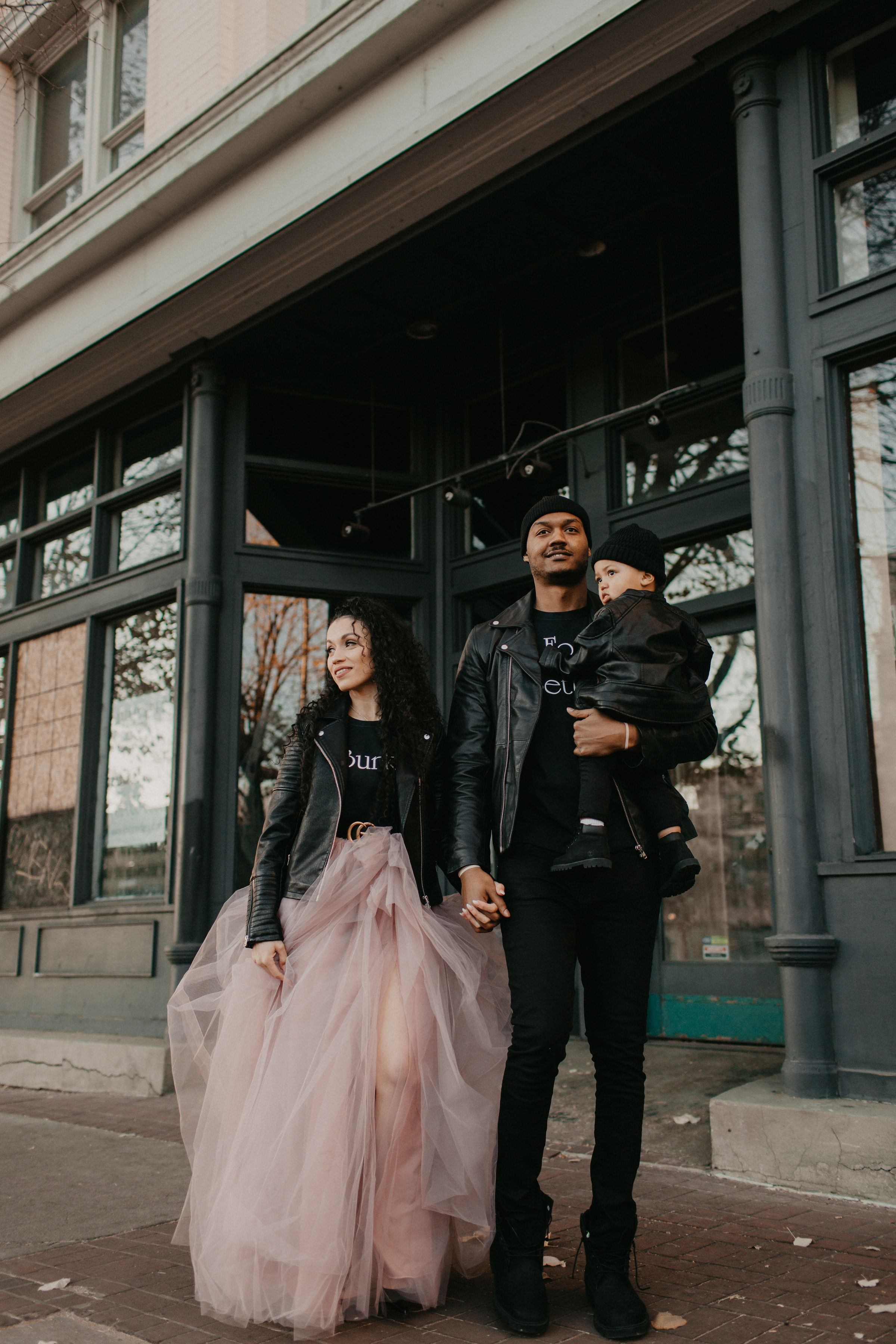 “Picture this, October 2014,” in my Sofia voice (Golden Girls). I had just finished watching the Utah Jazz game at the arena with my girl whose boyfriend was one of the players of the team. It was our regular routine to grab a bite after the game, so we headed down to The Cheesecake Factory at City Creek for some takeout.

While we waited for our food, we ordered some cocktails and there walks in this 6’5 guy with his friend. I didn’t know who he was, but I would always see him outside the friends and family room at the games. Before I knew it my girl calls him over. 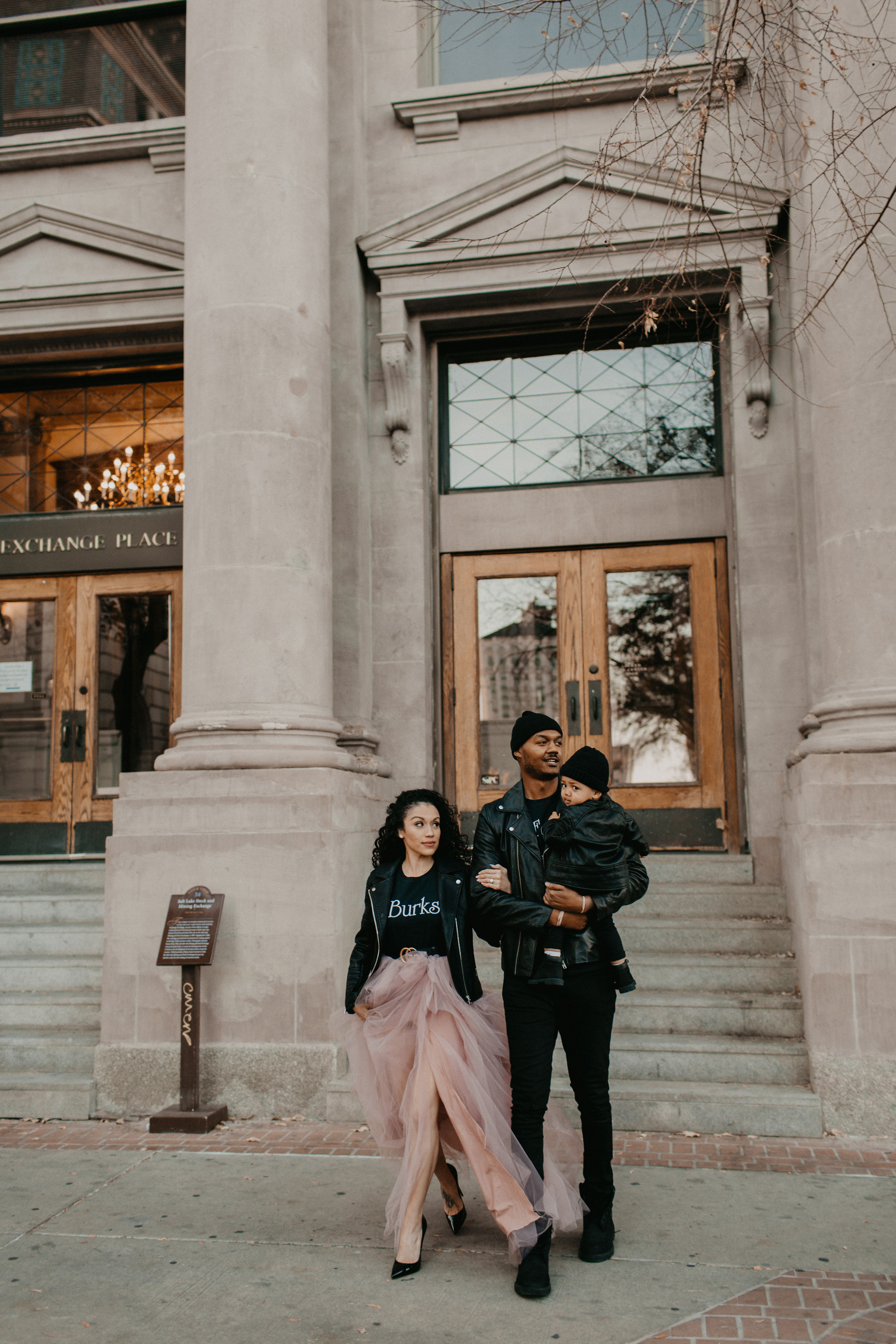 As he and his friend walk over to us, I look at her like “Wtf are you doing?” She just says, “Girl, his brother plays on the Jazz, he is real cool people”.

As he walks over to our table and sits down he greets her and looks over at me and aggressively asks, “Who are you?”

I looked back at him and said, “Uh-uh you sat at our table, who are you?”

His friend busts out laughing.

I say, “I’m Angie” with an attitude of course.

As the waitress comes over to ask for their order, in my mind I’m thinking, “Who does this arrogant ass dude think he is?” 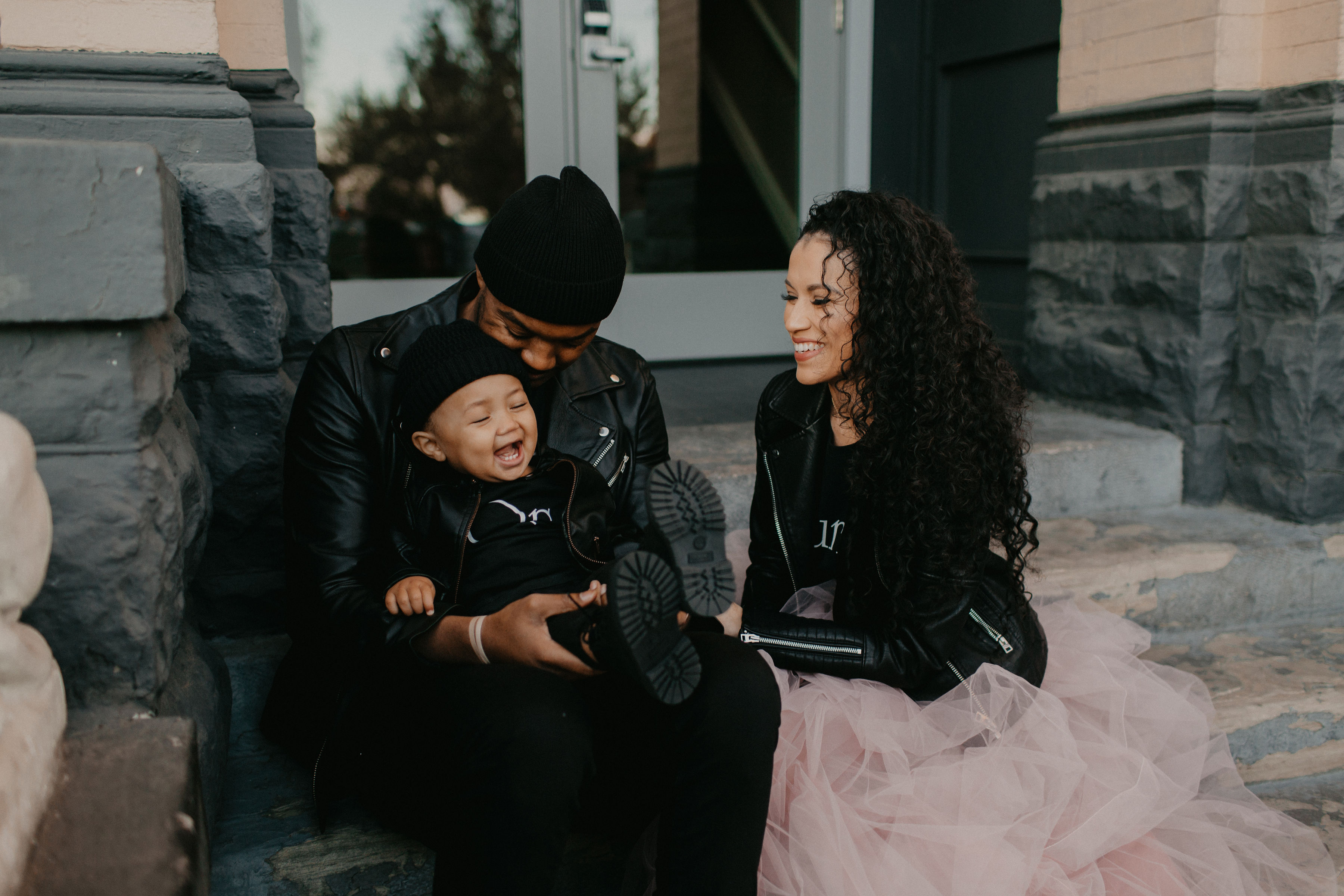 Turns out, we had a really good time with him and his friend. They were both super funny and made our wait for our food fly by. We paid our tab and went our separate ways. I didn’t think anything of it and neither did my girl because on the ride back to the house we didn’t bring him up at all… Until the next home game.

After the game was over we all went under the tunnel and who do I find? Steven standing in the corner of the family room looking like he’s too cool for school. I walked up to him teasing him just to be annoying and it worked. 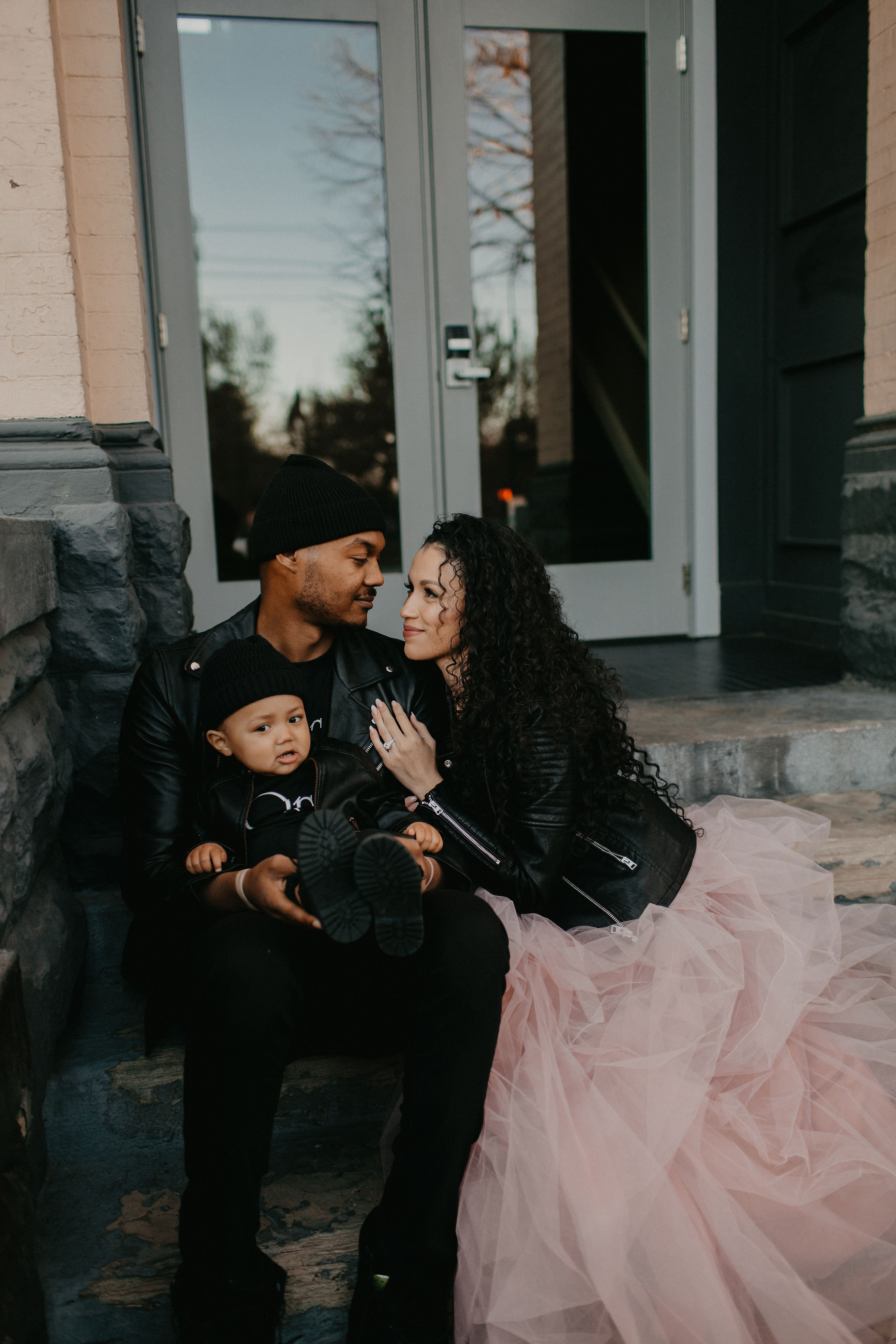 As I got home, I saw a new follower on my twitter and guess who it was. You guessed it. Steven Burks. I accepted and tweeted him just to see if he would tweet me back. Ladies, if you mention a guy in a tweet and he don’t tweet you back. You ain’t the only one. I’m just sayin’.

Guess what happened next? This guy tweets me back and that’s when it went down in the DMs. Fun fact, if you go to Steven’s twitter, I’m the last person he @ in his last tweet. It was the tweet that started it all.

He then tells me he doesn’t really do the social media thing and shoots me his number. I text him shortly after, and we made plans not for a first date, but just to hang out. 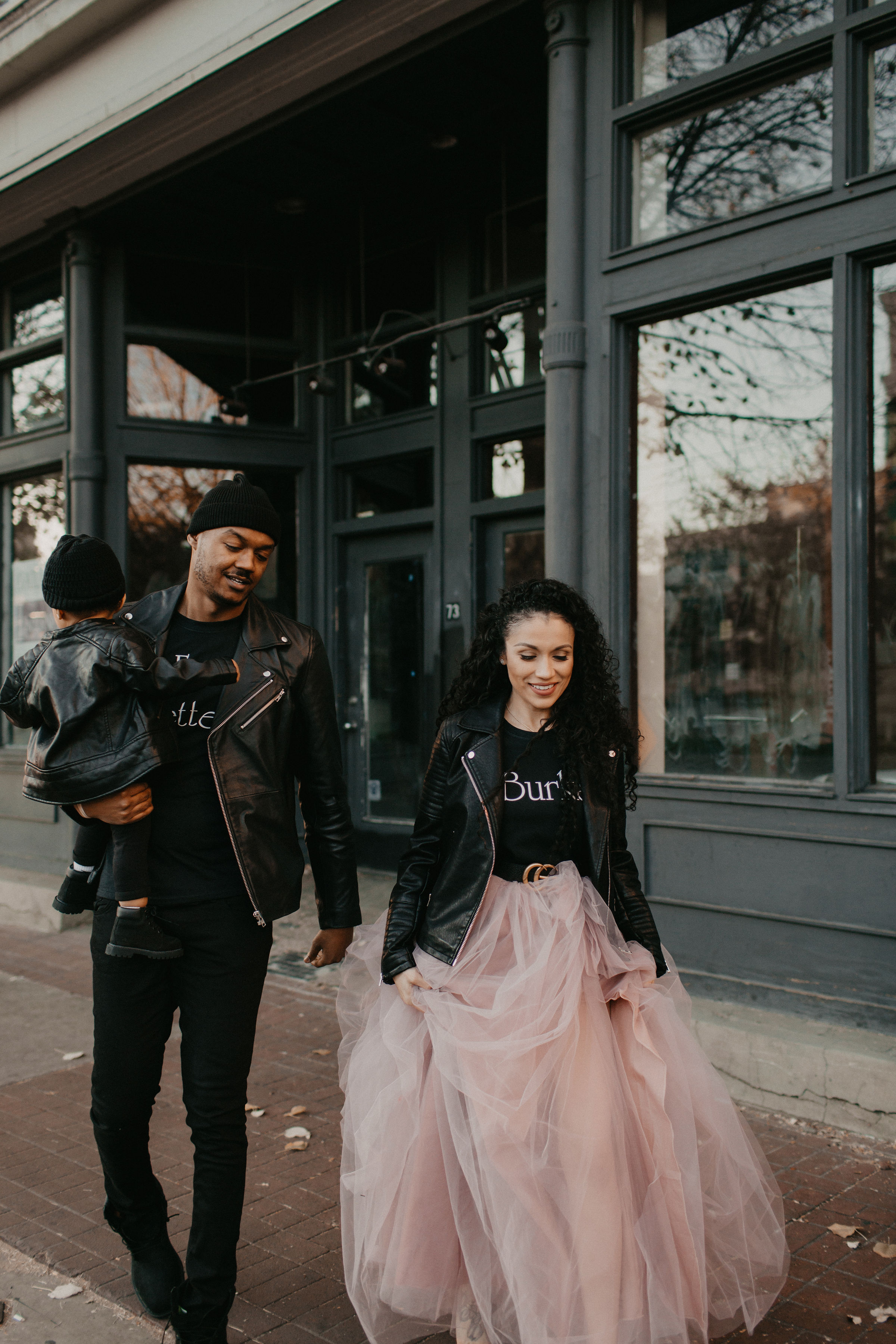 Our first hangout was to grab a drink that ended up being 5 hours of straight talking. I had never vibed with anyone the way I did with him that night. There was something different about this guy. I was diggin’ it. We felt bad that we were the only ones still at the restaurant (it was after midnight) so we headed out but continued to talk for another hour outside. 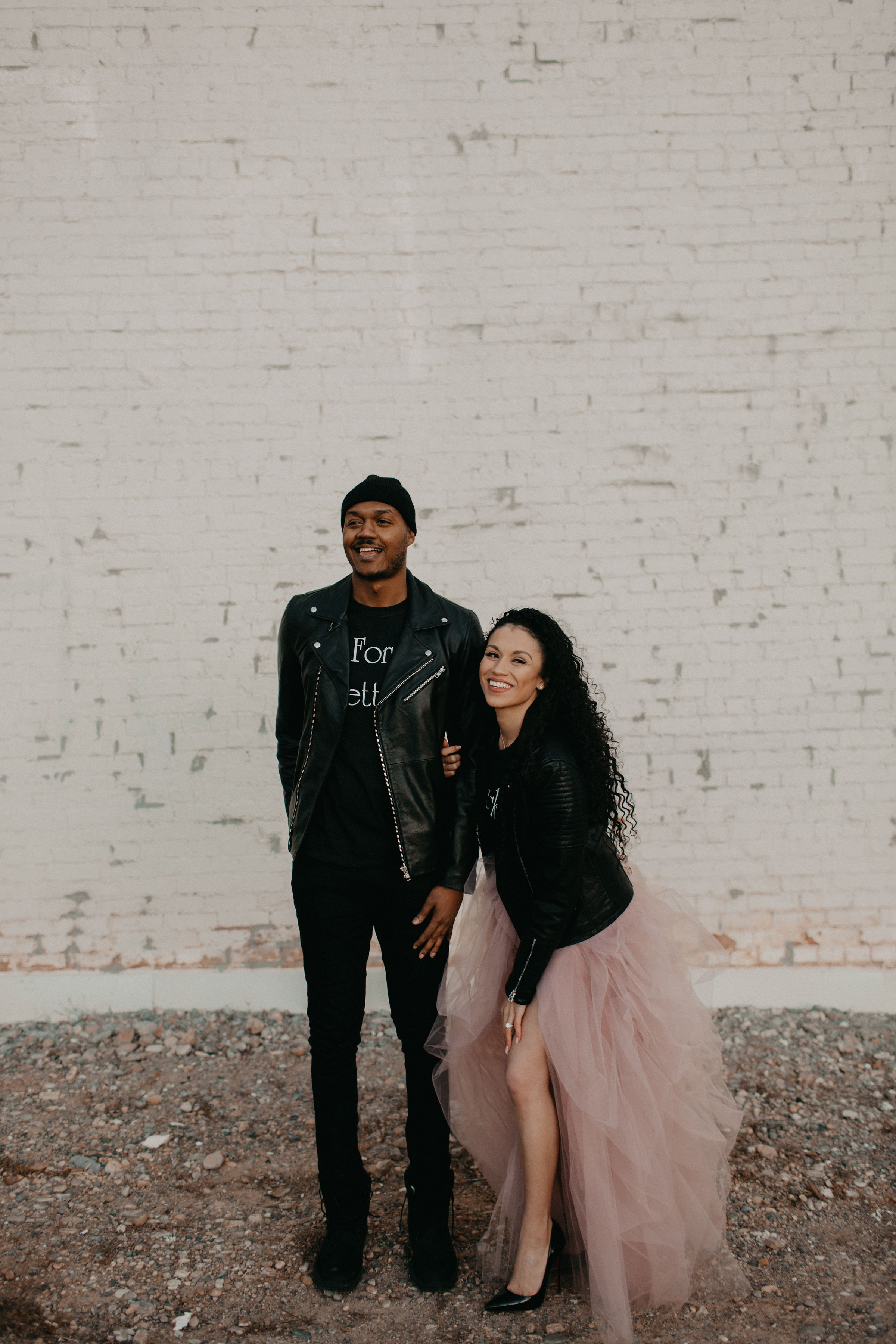 After a few hangouts of going to get some eats, the club, and the movies, he made the first move. I remember it like it just happened. We were in the parking lot after a movie, he walked me to my car, and just as I was going to get in, he grabs me and plants me a big juicy kiss. 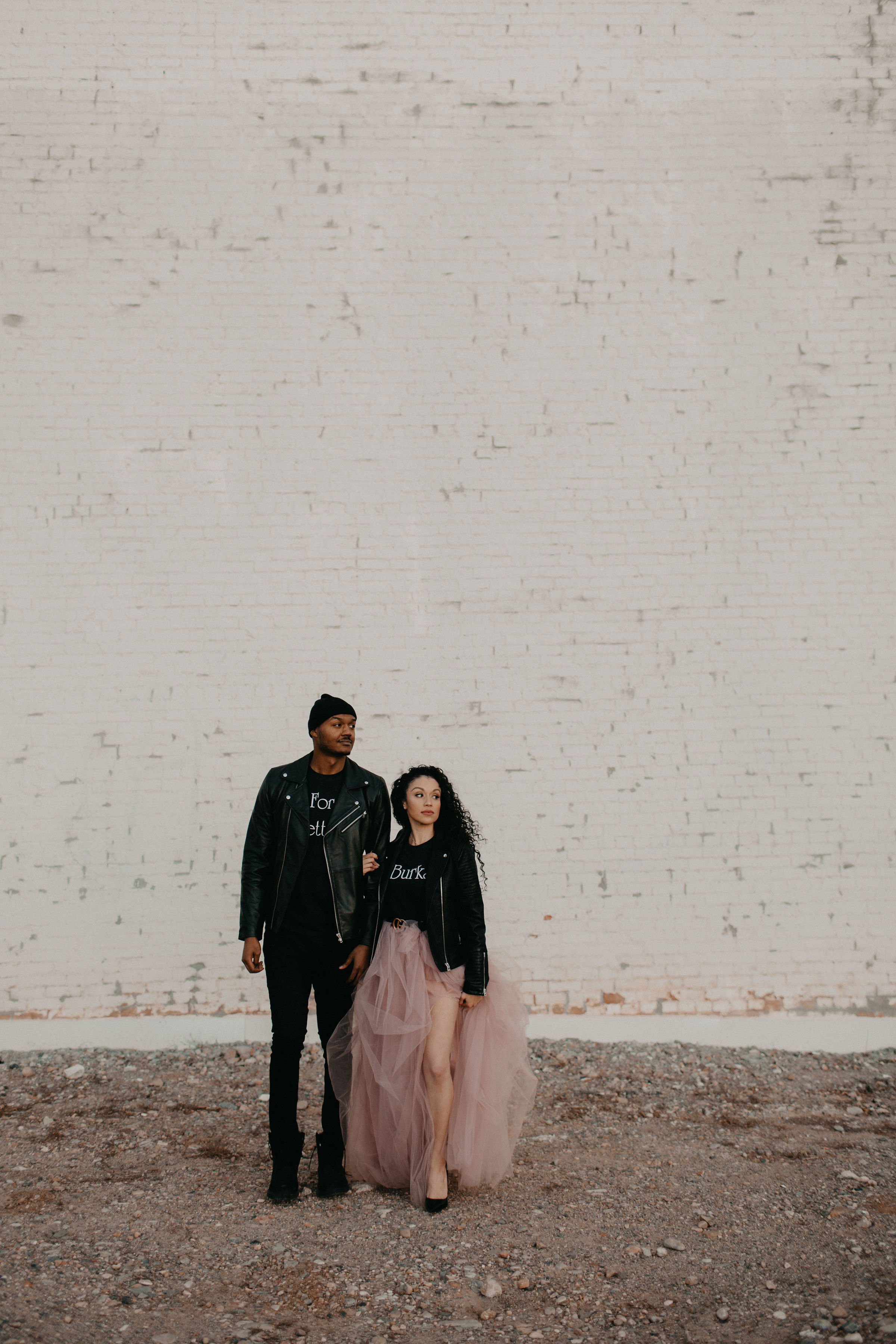 We’ve been kissing on each other ever since. 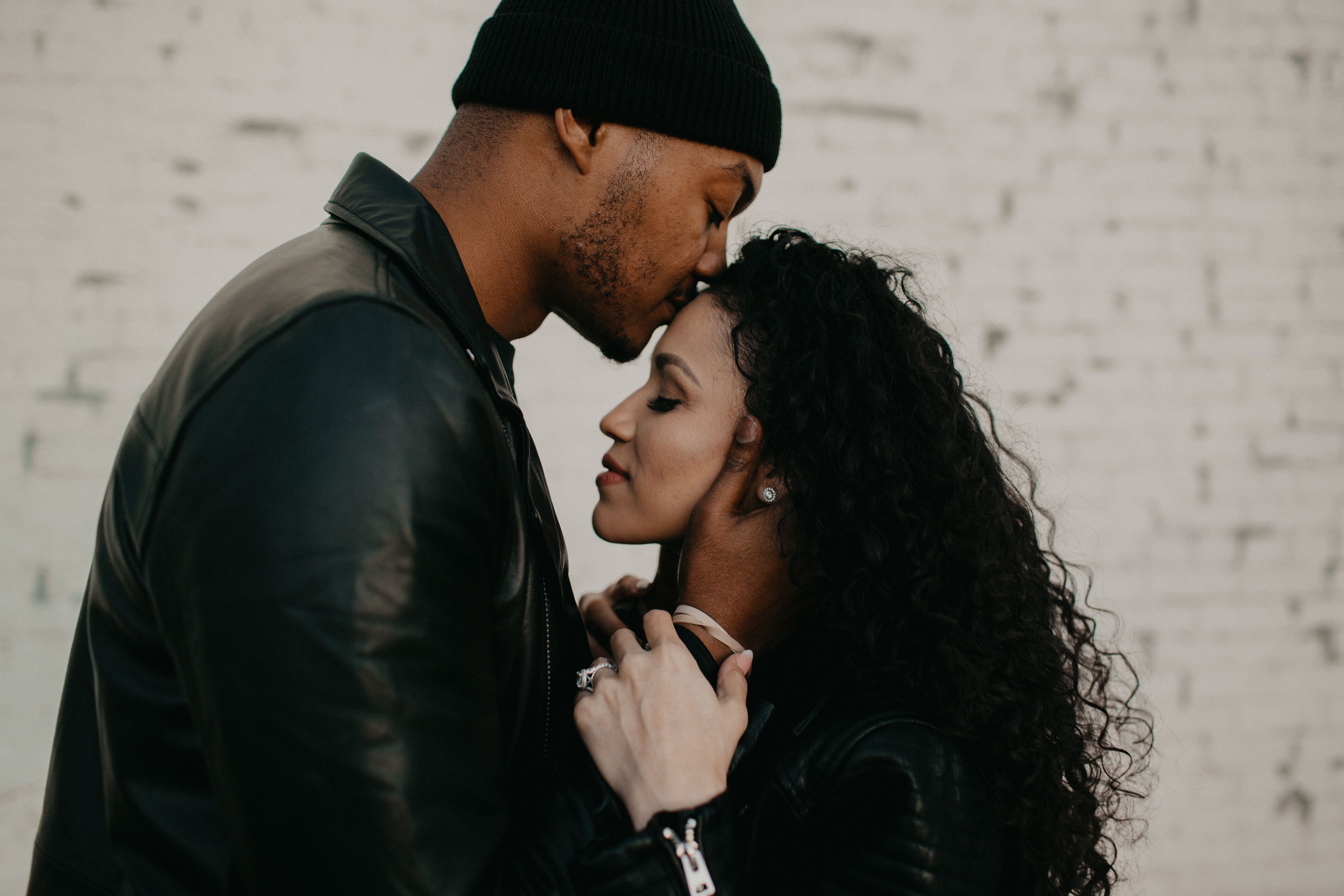 His trips back to Kansas City with his brother for the summer, after the season was over, would get shorter and shorter so that he could be with me in Utah. Eventually he was spending the whole summer with me. It got to the point where he wasn’t going back home anymore unless it was with me.

Who would have guessed that the aggressive 6’5 fine ass guy who walked into the restaurant for some takeout would be the father of my son and my husband? It’s crazy to think that had it not been for my girl, we would have seen each other in passing and none of this would ever exist.

It’s funny how life works, how God puts you in the right place at the right time when you least expect it. 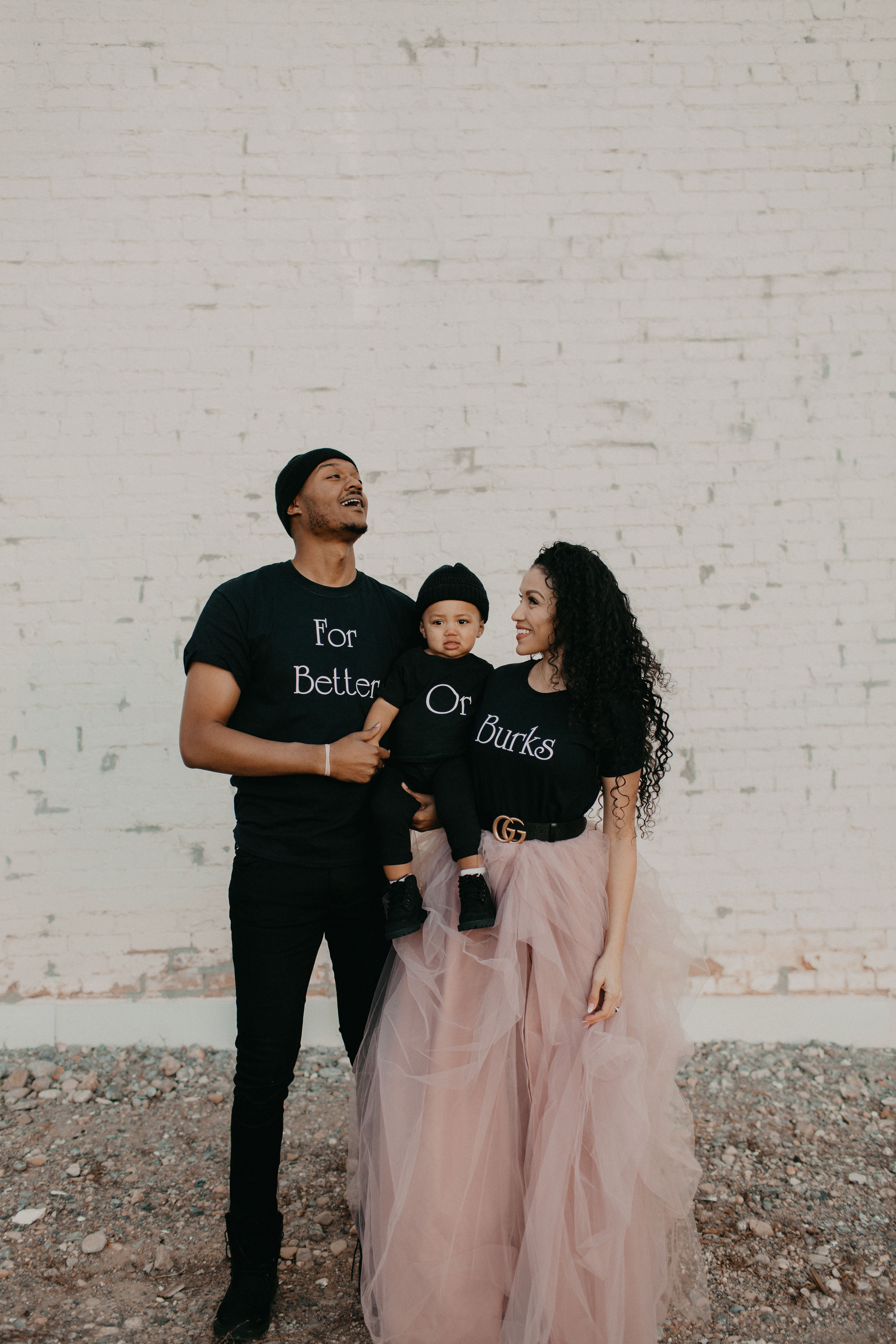 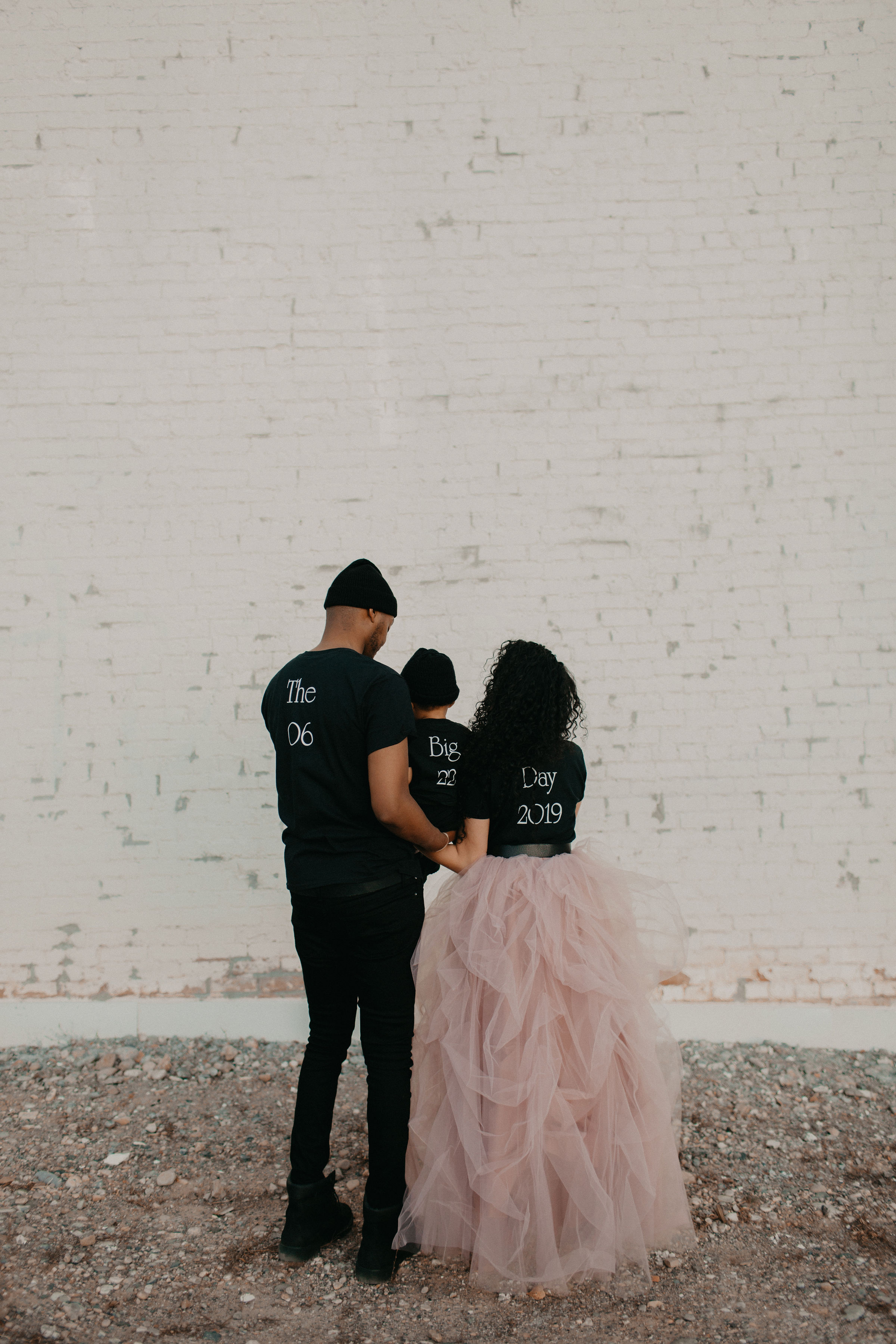 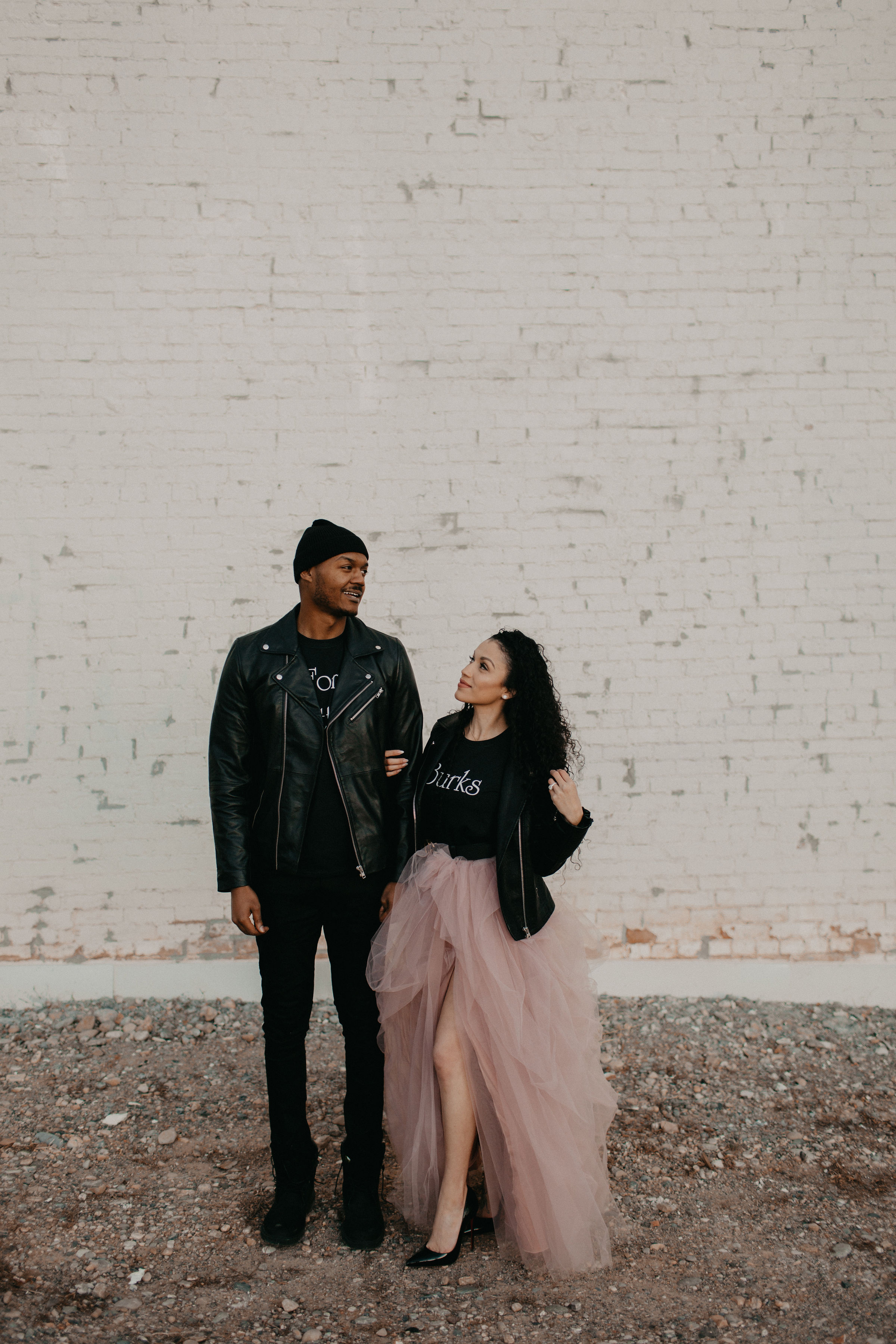 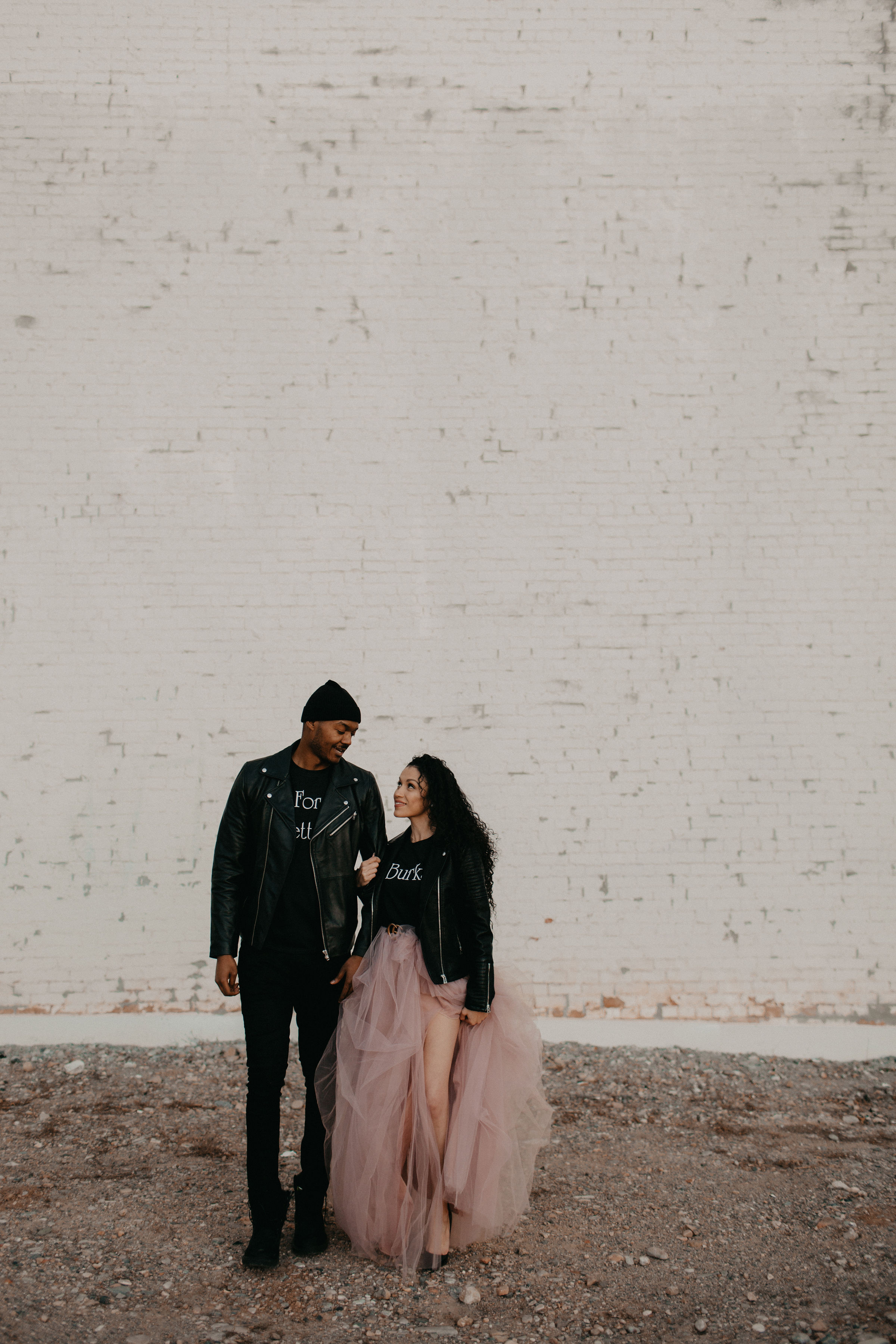 Save the date photo session by Morgan, Inframes Photography.