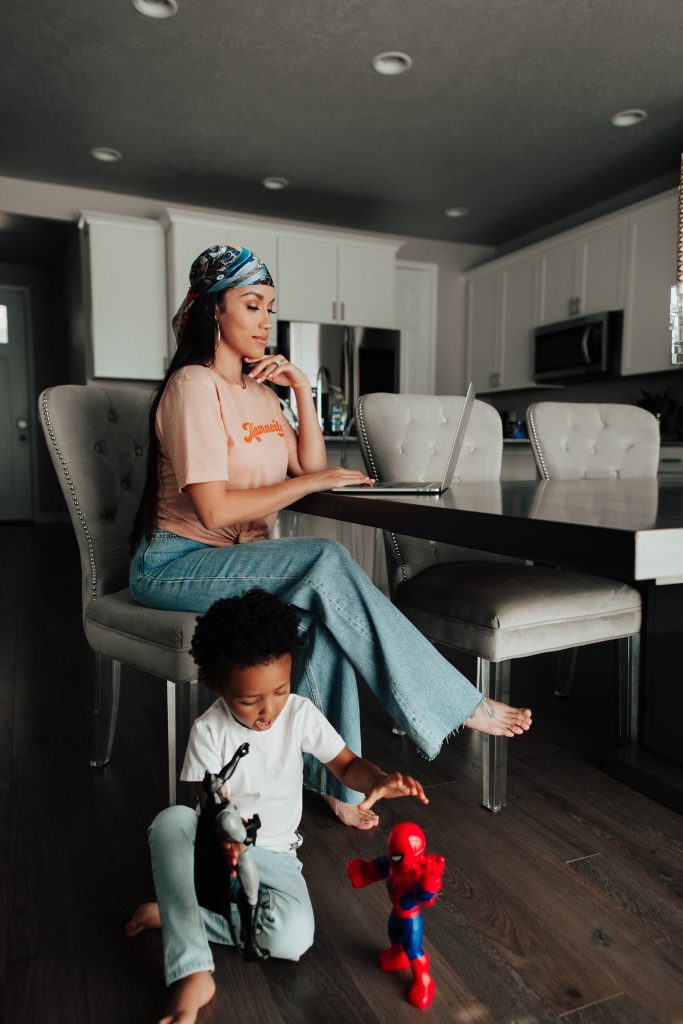 Before the pandemic hit, I had already been working from home for about three years. During my pregnancy with Cayden, I was really sick and nauseous during the entire pregnancy. I honestly could barely leave our apartment. Being extremely scared and nervous to tell my boss I was pregnant, I was reluctant to ask to cut me some slack because I may lose my job. However, it went the opposite way. He not only understood, he allowed me to work from home and even gave me an extra monitor so that I can have the same set up at home.

You guys, when I tell you I have so much appreciation for this man, it’s beyond that. When most employers would just rather replace you than to deal with an employees pregnancy issues, here he was allowing me to put my family first and accommodating some things to do it. If you wonder why I’m always working, it’s because I try to work my ass off to show how grateful I am. 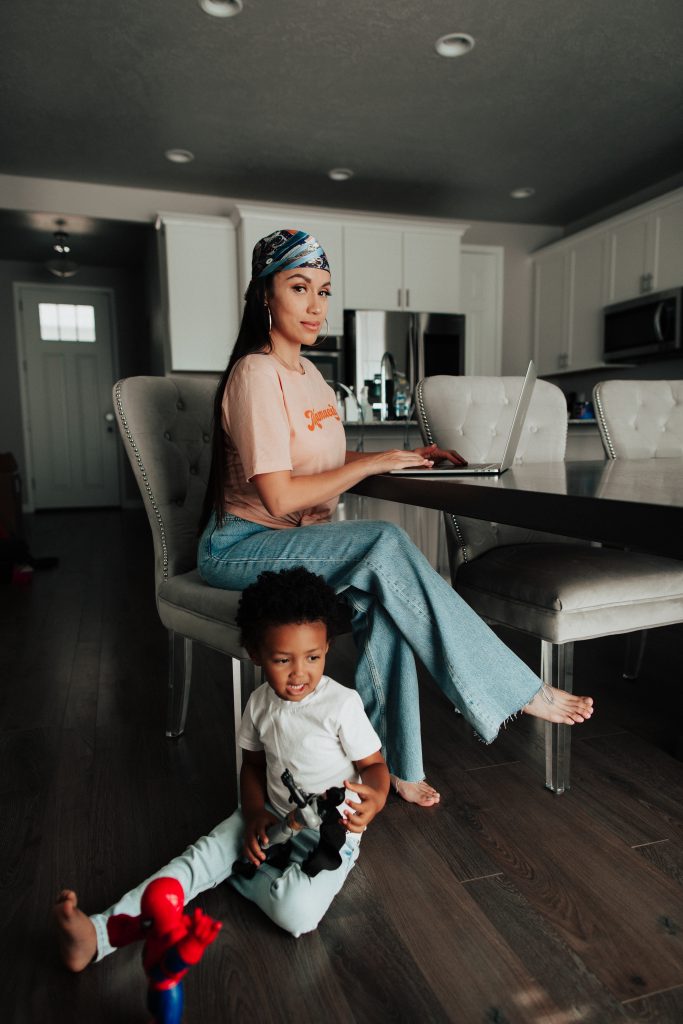 I hear a lot of moms struggling on how to balance work life while still being a mom at the same time. I’m going to warn you that it’s definitely not for the weak. If you think being a full time mom is tough, add being an employee at the same time. Yea, it’s twice as hard.

Luckily, after having a few years under my belt, I can share some of the things I do to hopefully help any mamas out there struggling. 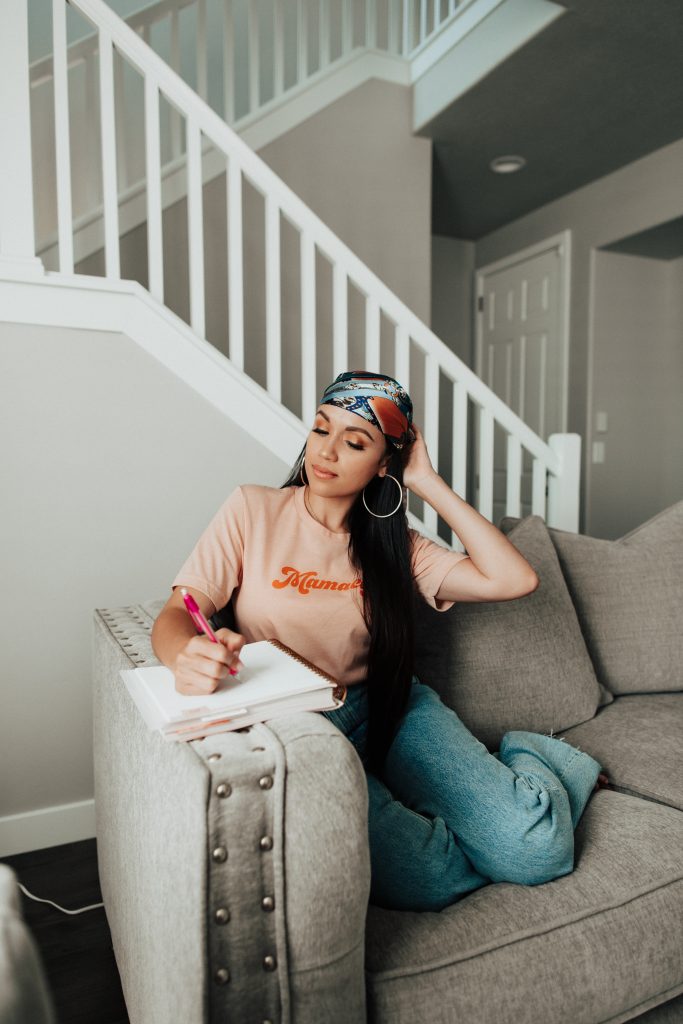 I usually plan my work day the night before. I look at my projects and their due dates and write down what I’m going to work on the following day. I break it down to how much time I’m going to need so that I can block it out and dedicate my time and efforts to it, including meetings. I make sure that during those blocks, Cayden has something to do so that he’s entertained and not begging for my attention.

As a heads up, I never work my full work hours straight. I have several breaks in between. Again, I know I’m really blessed to have a job that allows me to do that. I can work an hour and take an hour off.

I’m old school so I use a planner that allows me to have a section for work and a section for planning Cayden’s day. It’s easy to get right to work if you know what you’re working on and have it clearly organized. It’s also easy to keep Cayden busy if I write down the activities I have planned during those work blocks. 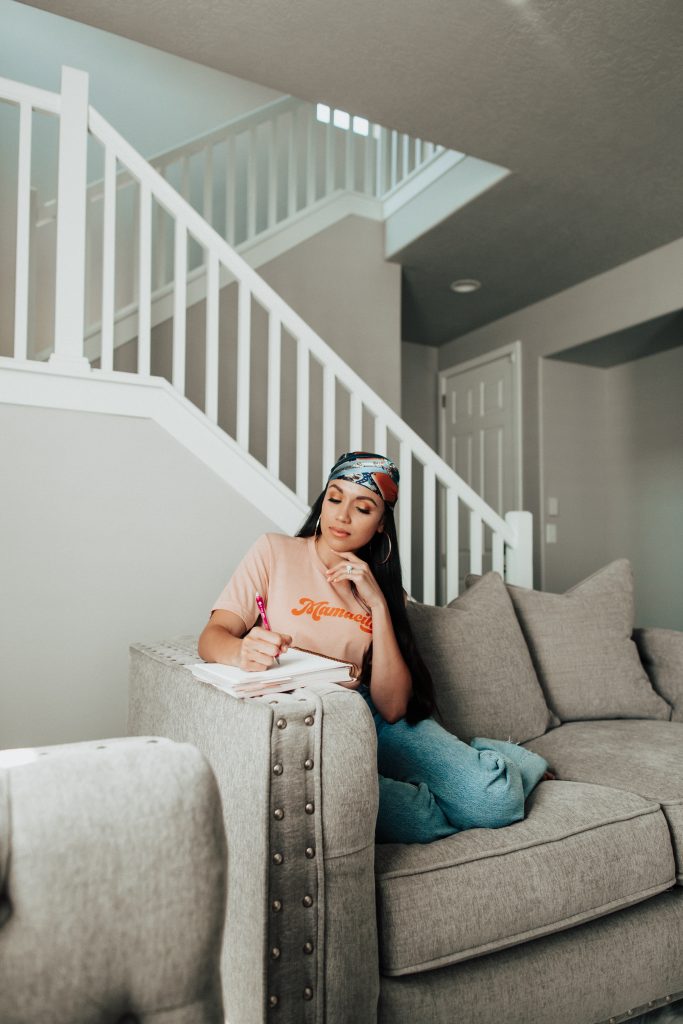 Another way that I use my planner is to plan meals. I notice that when I do this, we eat out less and I have more time to cook. Some days, it’s just not possible. Cayden is either a real handful on some days, the workload is really heavy, or I’m burned out between work and being a mom that I don’t even want to think about cooking. And that’s okay. Sometimes we can’t win them all. As long as I’m keeping my kid happy and healthy and my bosses are happy with my work, I say I’m still winning. 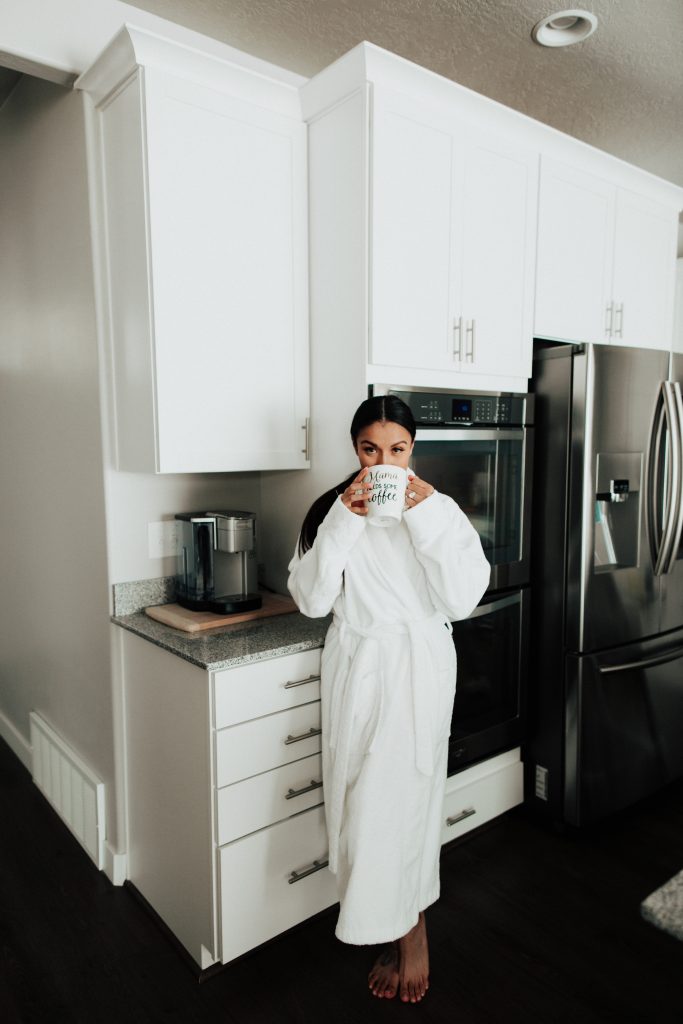 This one may be hard for some moms and moms may even cringe at what I’m about to say. I purposely put my kid down way later at night so that he can sleep in on purpose. Cayden usually goes to sleep between 10:30 PM and 11:30 PM. His naps are always between 2:30 PM and 5:30 PM or 6 PM. Doing that allows me to work an hour or two before he wakes up in the morning and a few more during his naps. I’m usually up at 7 AM and have a couple of hours done by the time he wakes up at 9 or 10 AM.

From the moment Cayden wakes up, I keep him super active so that he’s drained from running around and is ready to nap at least two hours but he normally naps three hours.

I would rather have my mornings than my nights because Steven doesn’t come home from work until later in the evening so it gives us more time to spend together as a family. Whether that’s playing with Cayden or watching our favorite shows and having some family cuddle time together at night, it really works for us.

Go with the flow 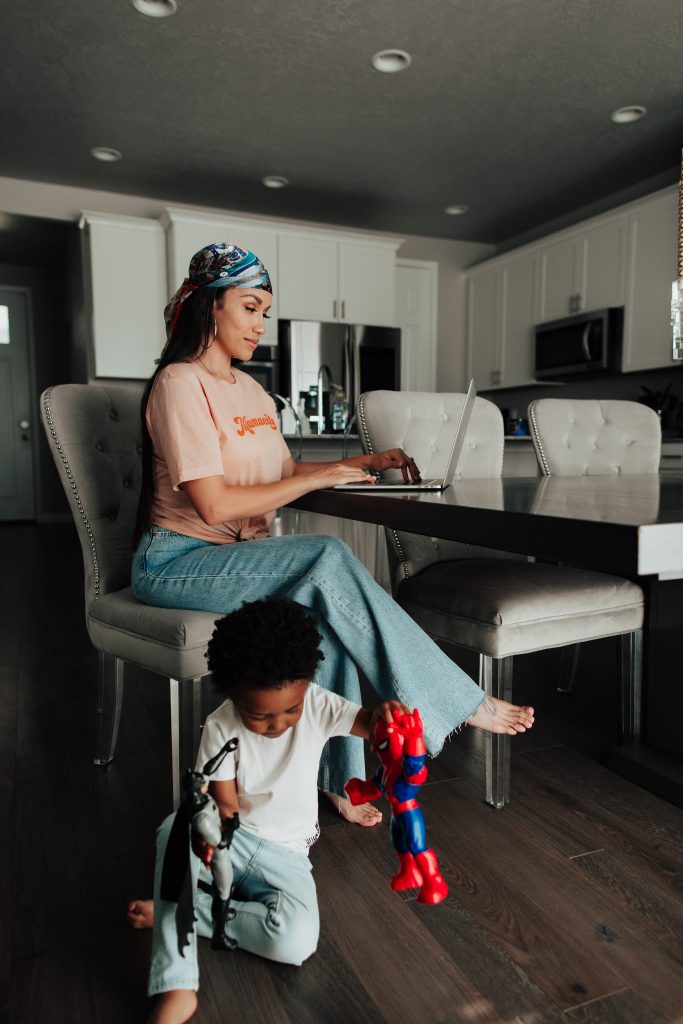 There will be days where things don’t go your way or according to your schedule and that’s totally okay. There are days where Cayden wants to be a real mama’s boy and is more needy and wants more of my attention. Other times, his naps aren’t as long, or he wakes up way earlier than planned and it eliminates my alone time that I have to dedicate to work and cooking.

My advice is to just go with the flow. If you try to fight it, you’ll just get more frustrated and more stressed which is something that stops you from performing your best as a mom and as an employee. Sometimes I have to use my nights to finish up projects so I have to rely on Steven to take over for a couple of hours before bed and allow me to finish up whatever I have left for work. This is where your partner’s support is so important. As I mentioned in my last post, Steven takes over the minute he gets home to take the load off of me. 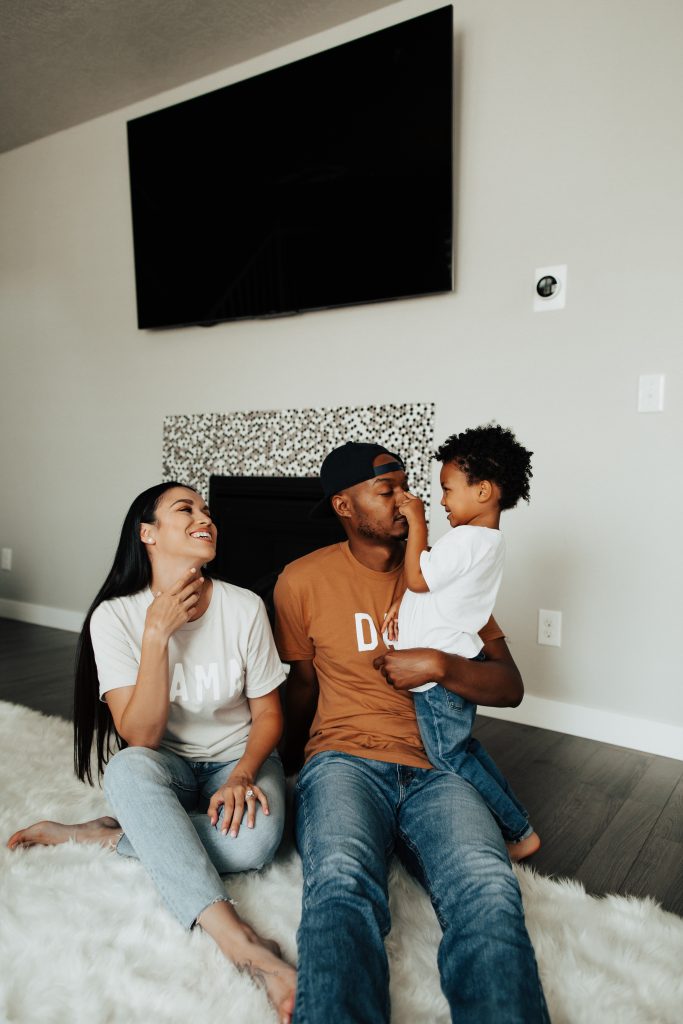 If you’re trying to get stuff done during the day, use arts and crafts as a way to keep your little one close as you type away. These types of activities keep them focused and are less noisy. Cayden is all boy so he loves playing with slime. I set up a little slime station (Play-Doh other times) for him and he’ll go to town while I get job stuff done. I’ll also let him paint on our kitchen island or his easel to keep him busy. Other activities like making collages, coloring, and tracing all help to keep him next to me without being rowdy.

As much as pediatricians like to crack down on screen time, I use our screen time to keep him zoned in while I work at times. Using apps on his iPad like Spanish lessons and other educational tools keep Cayden learning so it’s actually productive for him and gives me some peace.

If you’re planning on working at night like I do sometimes, try to get your projects done that require some form of communication done during the day. That way, you can work on projects at night that you can do alone without phone calls, Zoom meetings, or chats. Put your headphones in and listen to your favorite podcast or if you’re an old soul like me, some smooth jazz to get you to the finish line for the day.

It takes a lot of trial and error and talking to other moms to figure out what works for you and your little. With that being said, if you’re a work from home mama and have tips for other moms reading this, drop them below in the comments! 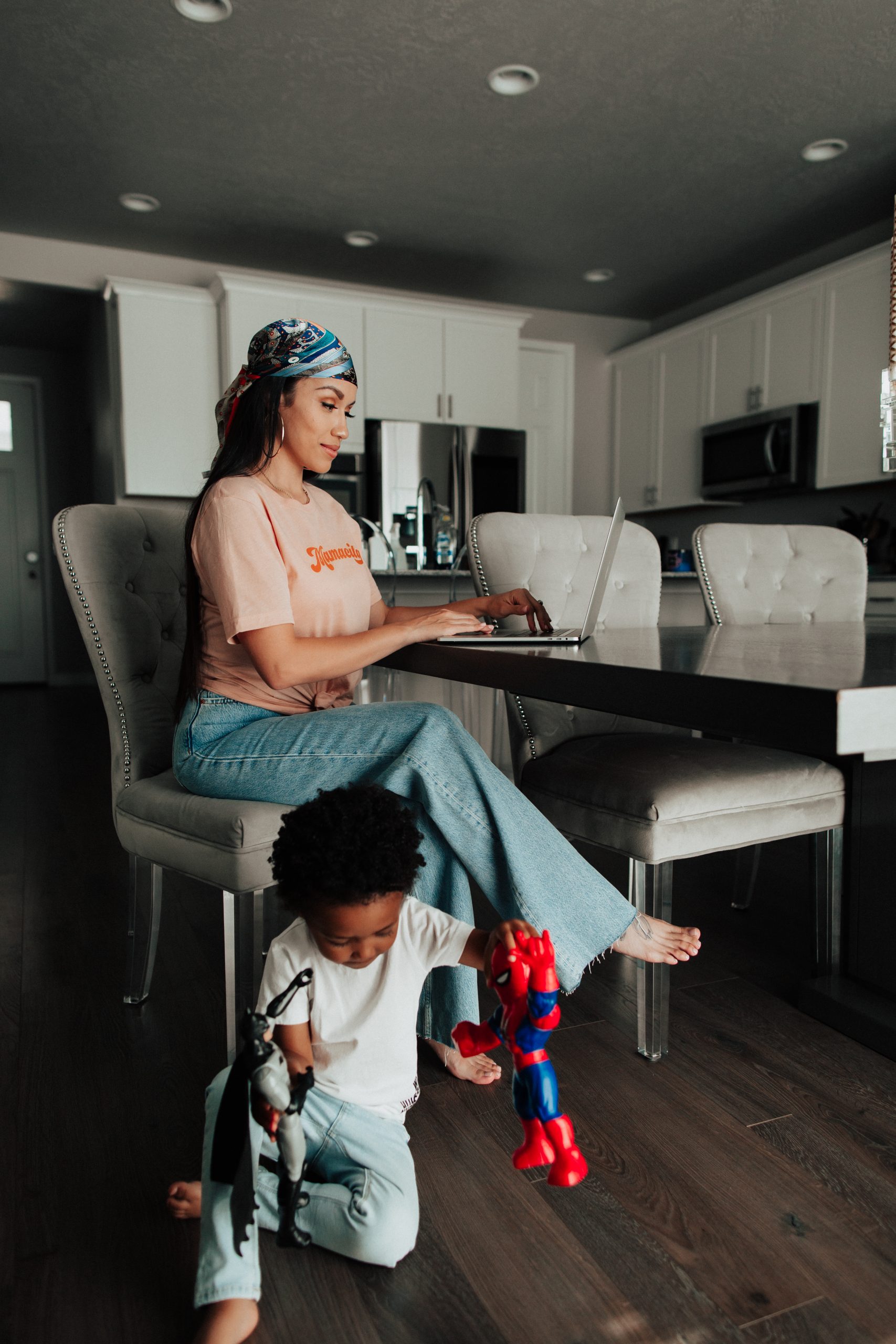 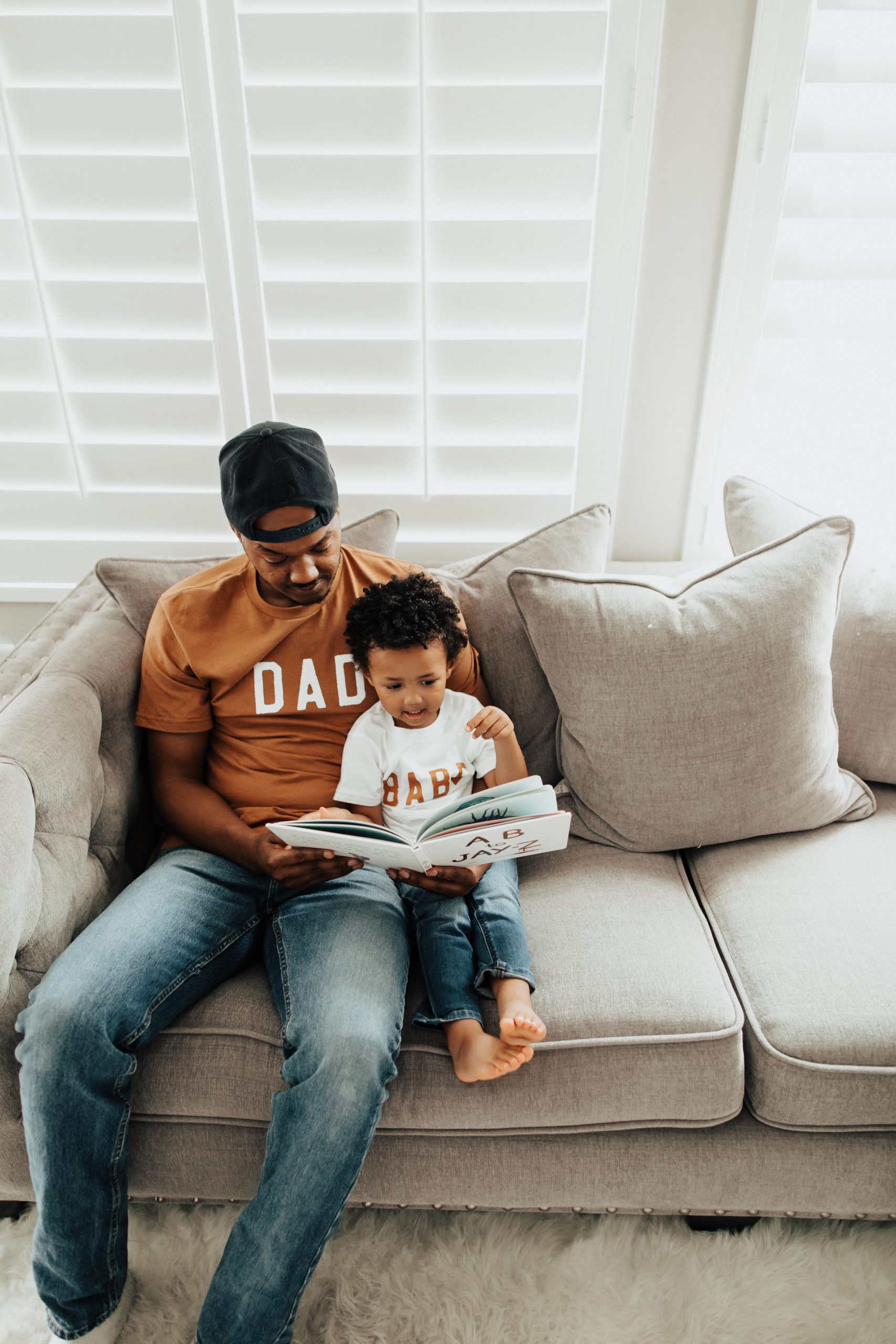 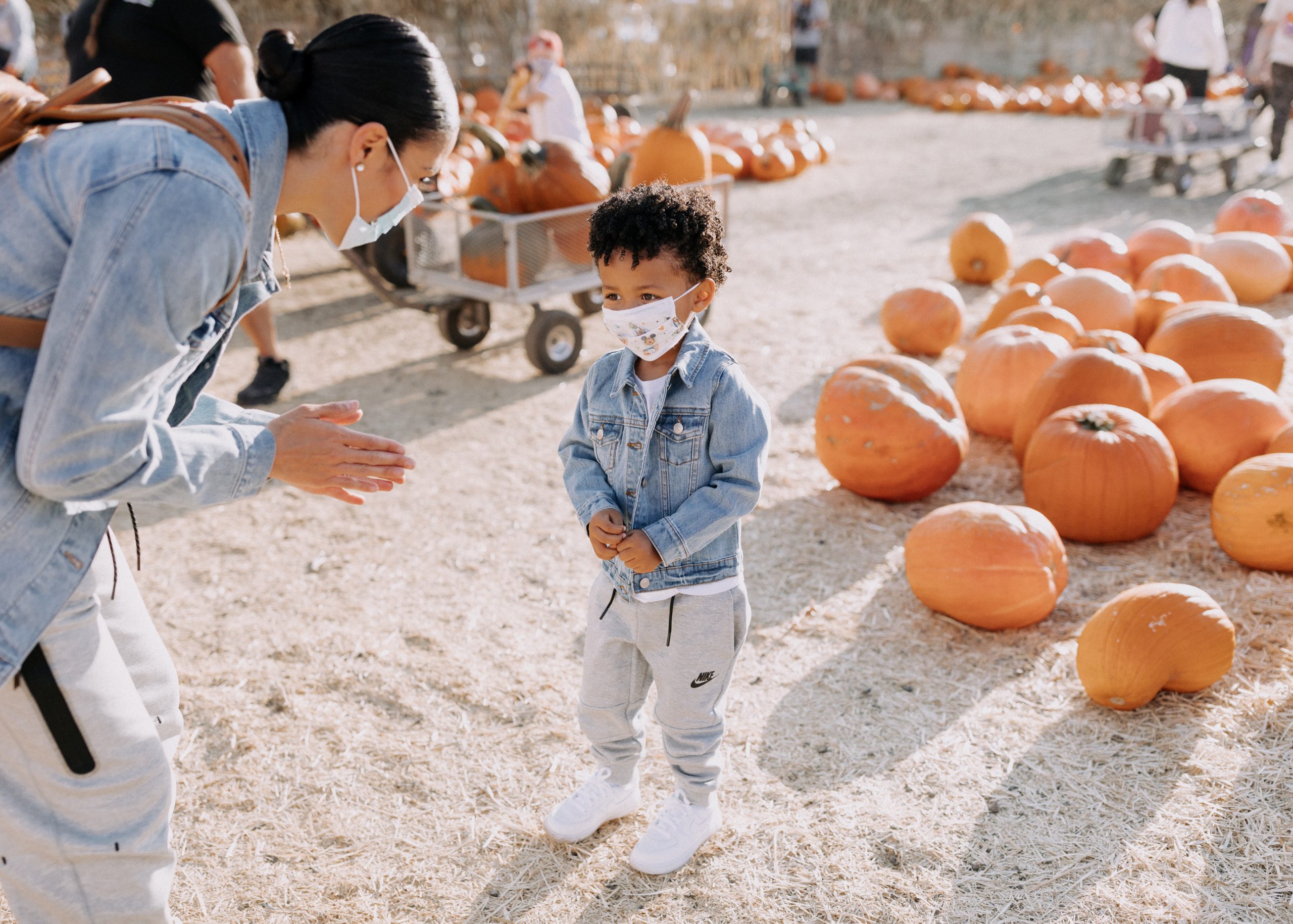 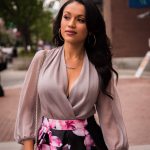 And to your left, you will see a lioness protectin