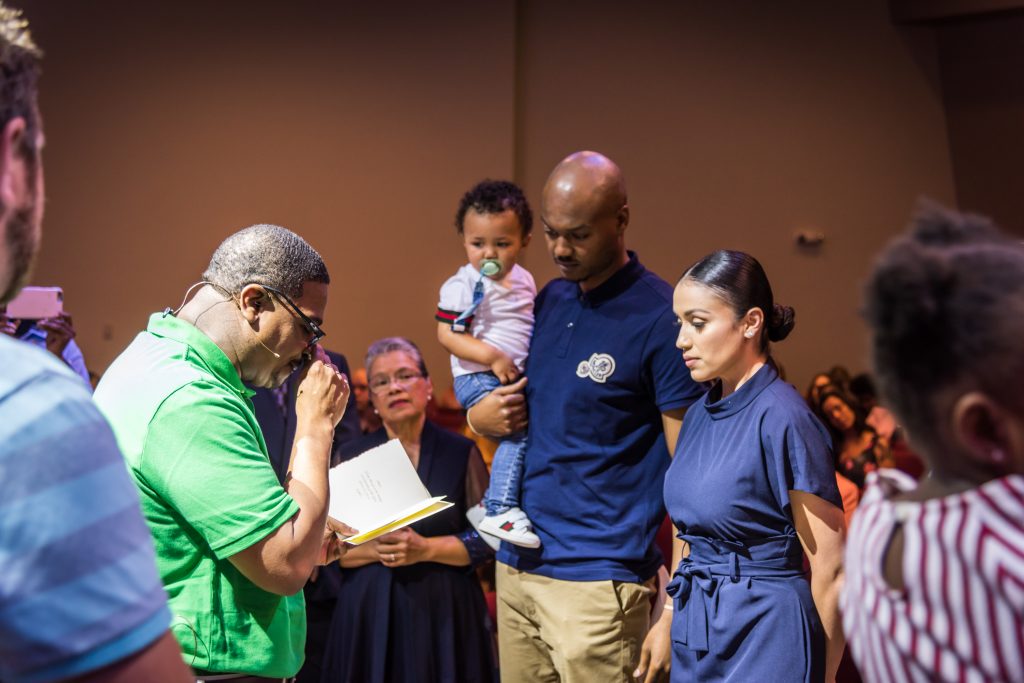 This post took me longer than I thought because this day meant so much to me and I have so much to say about it but didn’t want to seem like I was rambling.

I remember being 7 weeks pregnant when I got the first phone call from Steven’s mom. She was calling to congratulate me and to check on the baby. I remember telling her that I wanted to dedicate the baby as soon as I gave birth. 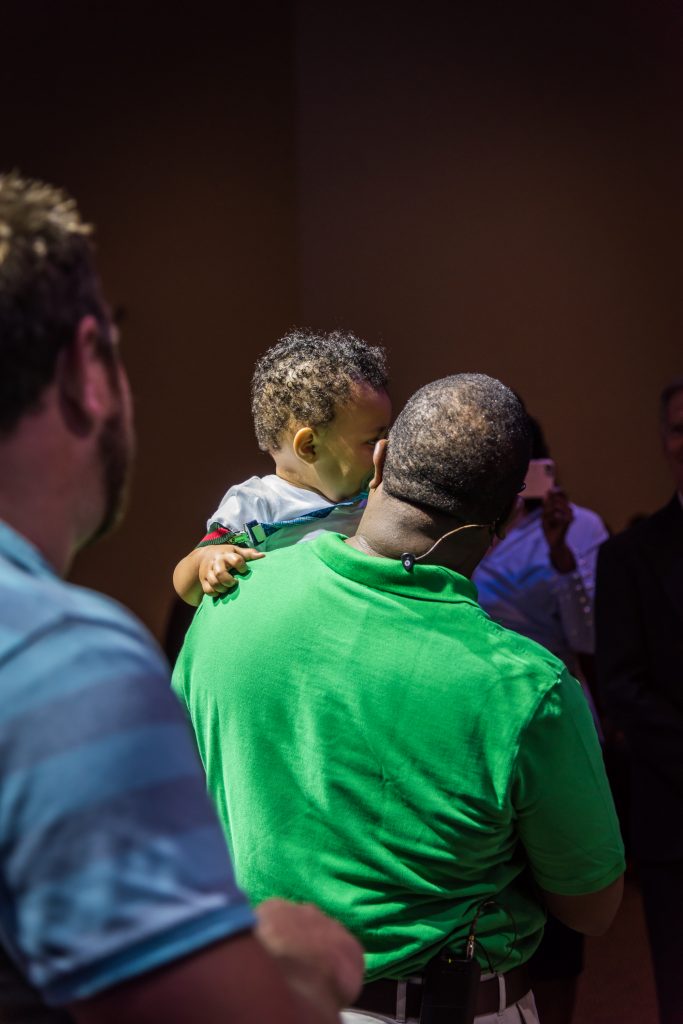 I didn’t know if it was too early to plan ahead, but it’s funny how that was my first thought after everything had sunk in. One thing about me is, although I may not act like it at times (Lord help me because I swear people be tryin’ me), I am a God fearing woman who puts God first in everything I do. I believe in him, the power of prayer, his word, and try to live by it as best as I can.

Those familiar with his word will recall one of my favorite stories from the bible— the story of Abraham and Isaac.

God tested Abraham by asking him to sacrifice his son, Isaac, that he had been trying to conceive with his barren wife Sarah. Even though Sarah was barren, God had promised them a son. After waiting years to have this miracle baby, to then all of a sudden be asked to offer him as a sacrifice, which Abraham obliged, shows a different level of obedience to God from Abraham. For those that don’t know the story, he didn’t have to go through with it. It was God testing Abraham’s faith. 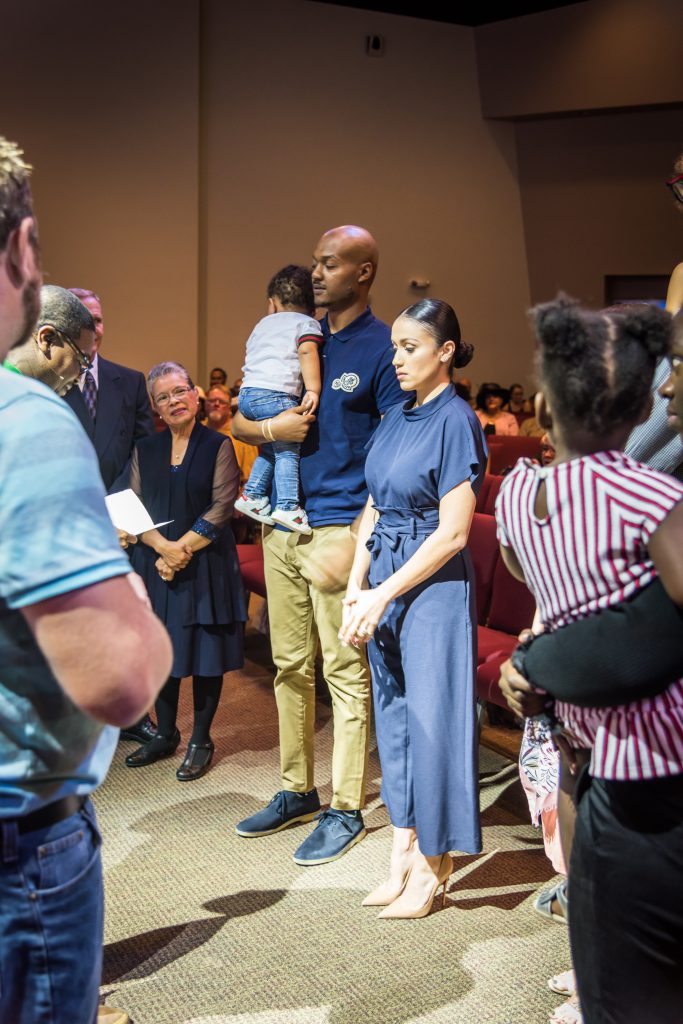 As a new mom, I have a new appreciation for that story. My thoughts for wanting to dedicate Cayden, stem from that. Dedicating Cayden, to me, meant I was obeying God, as a woman of God, who believes in his word. Offering my son’s life to him, to guide him, to be with him, to protect him, to never let him stray, and to see that he prospers is my reason for wanting to place Cayden’s life in his hands.

While standing up there in front of our pastor and church, with our family, and his Godparents, I felt so emotional. I wanted to cry.

I wanted to cry because I felt so much love and support that was surrounding Cayden. I felt in my spirit that I was pleasing God and making him proud. I can’t describe it, but it was an overwhelming feeling of peace, happiness, pride, a rewarding feeling I can’t quite put my finger on. I love that Steven and I have the same faith and have been raised identically by our mothers (which is probably why those two are partners in crime) because it was just as important to him as it was to me. 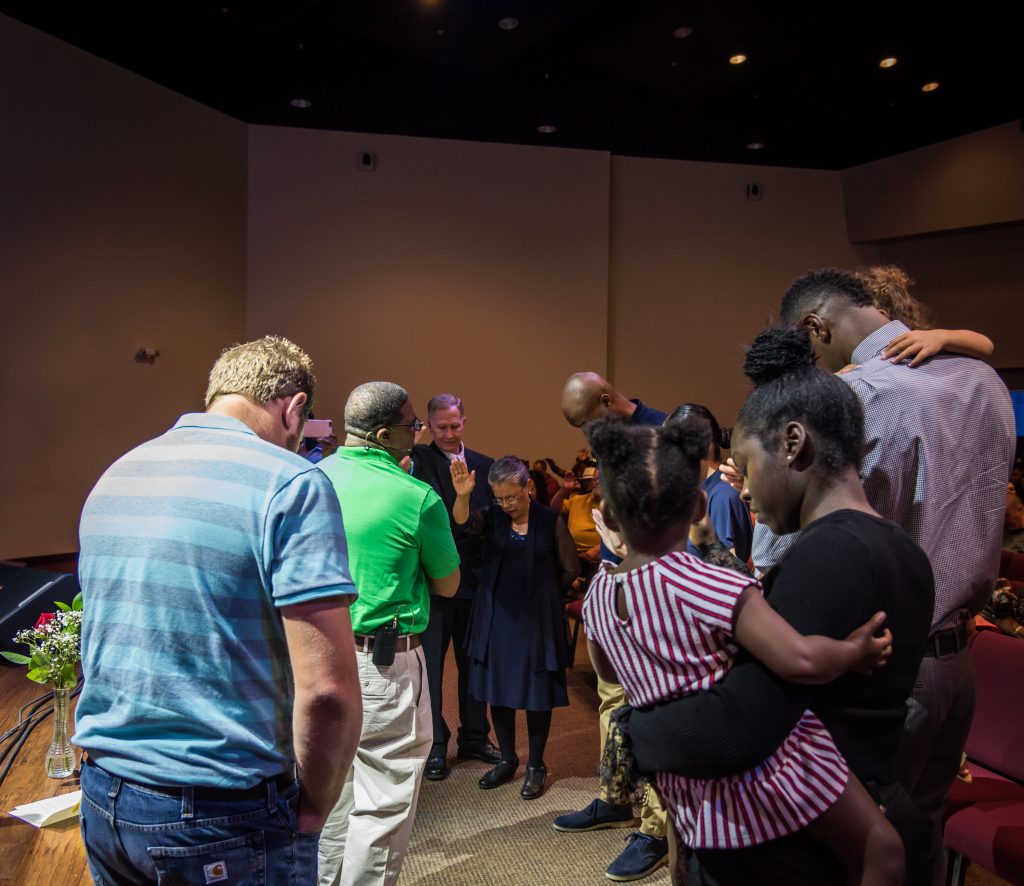 We both left church feeling so proud that day. 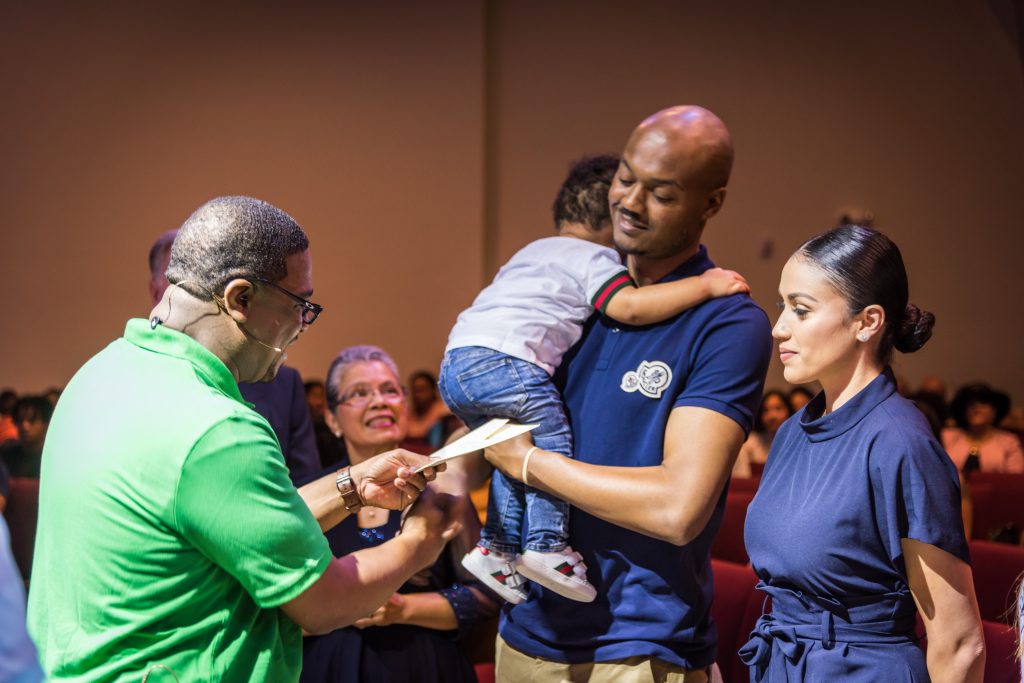 We felt so good about what we had just done. 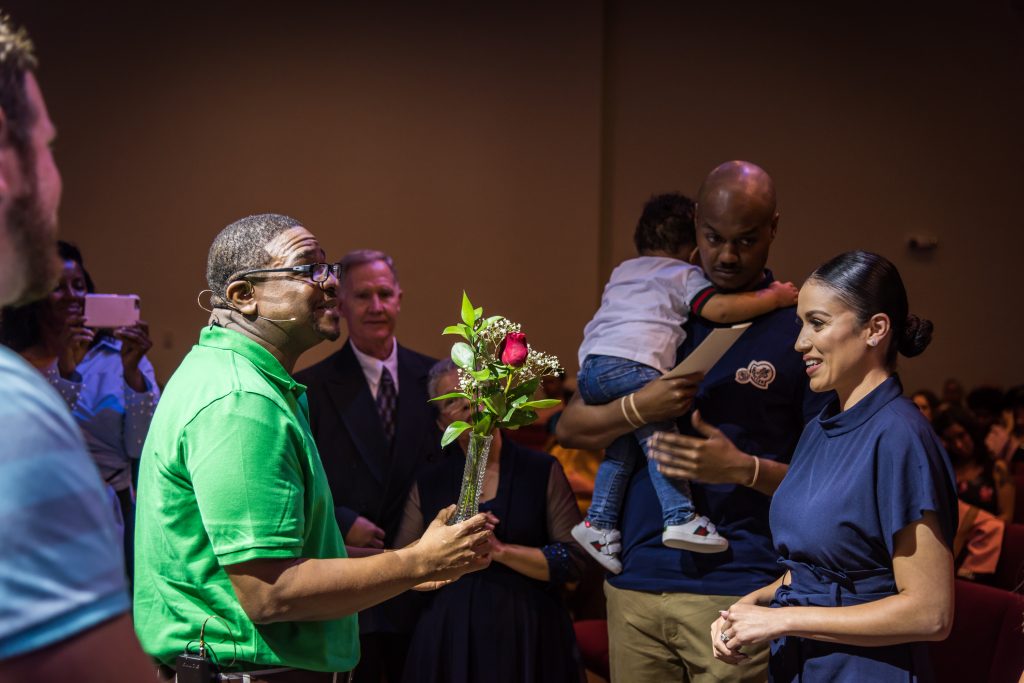 Another thing we felt really good about is who we chose as his Godparents.

Between Steven and I we know a lot of people but none have been in Cayden’s life the way his Godparents have been. Since the minute they found out I was pregnant, they have been there for my little guy like no one else has. Making sure I was eating enough during pregnancy, stopping by randomly just to see him, offering to stay with him so we can get some time to ourselves, spoiling him with gifts, thinking about him all the time, just doing things to show they want to be in his life made it so easy for me to choose them for him.

I know there won’t be anyone to love Cayden the way his dad and I do, but boy do his Godparents come close. 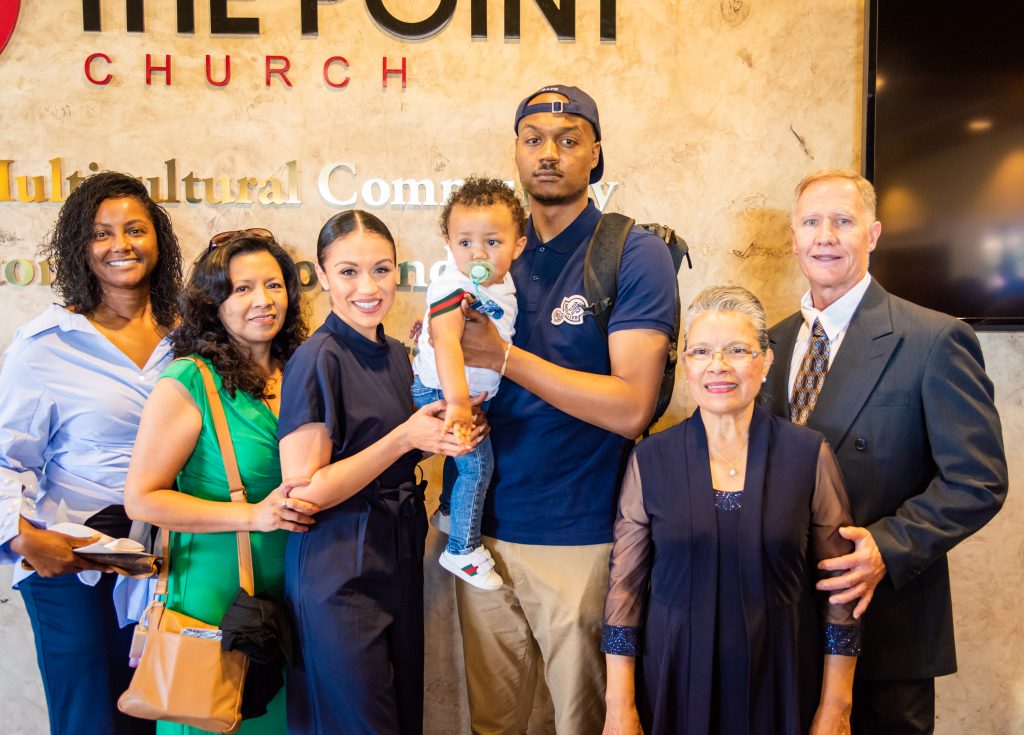 As much as I did not want to wait a year, it couldn’t have been better timing. Dedicating him as part of his 1 year mark and on the same weekend as his birthday bash made it so much bigger. I’m so thankful and grateful for these proud mommy moments I get to experience.

« One year later, I’m starting to feel like myself, again.
Fall Fashion is Here. Am I the Only One Not Here For It? » 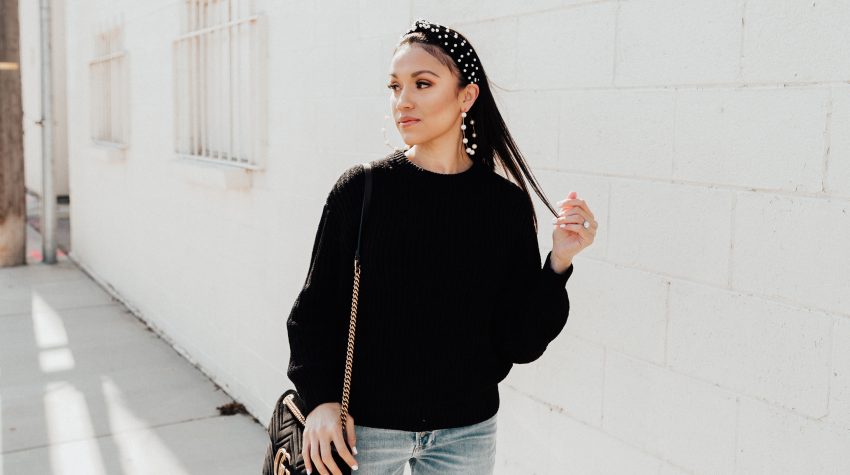 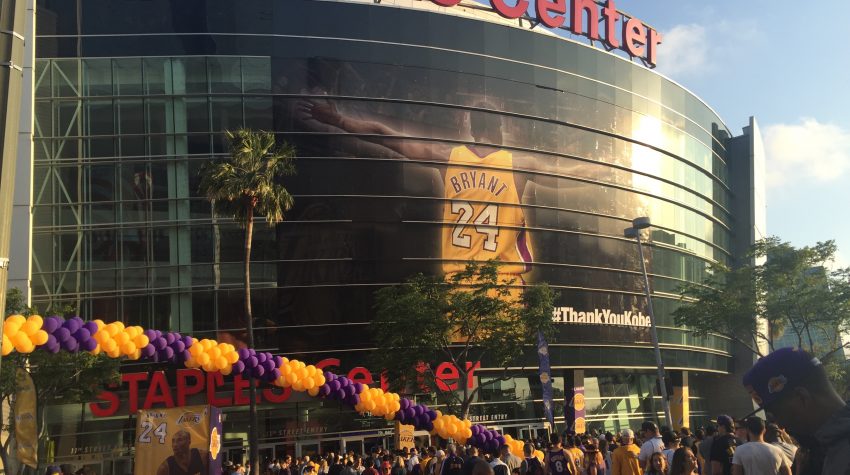 Here’s to strong women May we know them May we